Russia calls for ceasefire in Libya 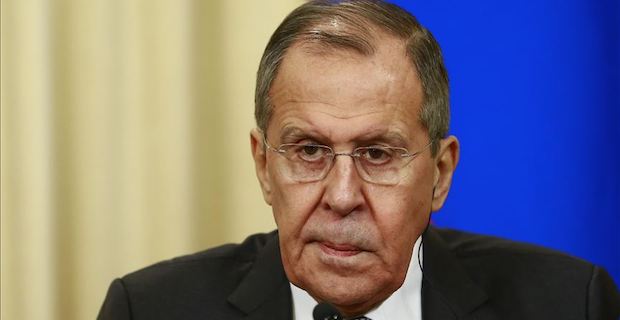 Russia considers a ceasefire in Libya a basic condition for the start of a political dialogue, Foreign Minister Sergey Lavrov said Monday. Speaking at a news conference in Moscow, Lavrov said no conditions must precede the cessation of hostilities.

"I believe that a ceasefire is the main condition for starting a political dialogue. Moreover, such a ceasefire must occur without any prior requirements. It is in the interests of the Libyan people to end the fighting, declare an indefinite ceasefire and start a dialogue aimed at working out such agreements that will be implemented," he said.

He said agreements that "were offered from outside,” including at conferences in France, Italy and the United Arab Emirates, did not work.

"Now there is a lot of talk about preparations for a conference in Berlin. All this will maintain the current unclear situation if the parties do not agree very specifically on how to ensure that all political, clan and ethnic interests in Libya are taken into account.”

As for declaring a no-fly zone over Libya, this idea has a negative connotation, as the bombardment of the country started after the UN Security Council authorized such a regime, he added.

“It is better to make sure that all international players, without exception, influence the Libyan sides in one direction -- to immediately stop fighting, declare an indefinite ceasefire and negotiate among themselves, and to agree so that then all this is carried out. And of course, the role of the UN Security Council in securing such final international agreements is absolutely essential here."

On Nov. 27, Ankara and Libya's UN-recognized Government of National Accord (GNA) signed two separate pacts: one on military cooperation and the other on maritime boundaries of countries in the Eastern Mediterranean.

Libya has remained beset by turmoil since 2011 when a bloody NATO-backed uprising led to the ouster and death of long-serving President Muammar Gaddafi after more than four decades in power.

Since then, Libya’s stark political divisions have yielded two rival seats of power -- one in Tobruk and another in Tripoli -- and a host of heavily armed militia groups.

Keywords:
RussiaSergey LavrovLibya
Your comment has been forwarded to the administrator for approval.×
Warning! Will constitute a criminal offense, illegal, threatening, offensive, insulting and swearing, derogatory, defamatory, vulgar, pornographic, indecent, personality rights, damaging or similar nature in the nature of all kinds of financial content, legal, criminal and administrative responsibility for the content of the sender member / members are belong.
Related News