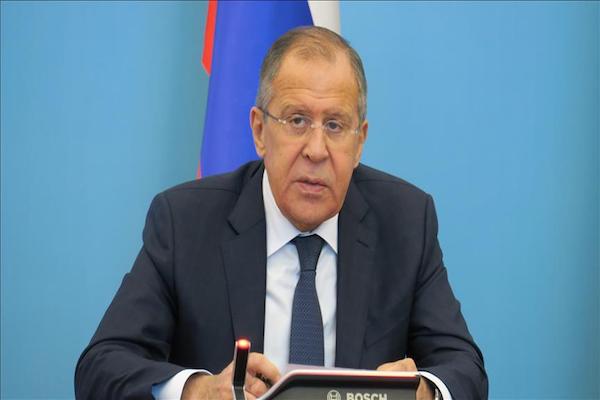 AvrupaLondon - Russia believes a larger number of observer states in the Astana process on Syria would be "useful," Foreign Minister Sergey Lavrov said on Friday."We believe that it would be useful to expand the number of observer countries. In this sense, we are open to discussion," Lavrov told a news conference with his Kazakh counterpart Kairat Abdrakhmanov, the Russian Foreign Ministry said in a statement.Lavrov said this would require a "coordinated" approach to a solution from all countries involved in the process.A December cease-fire in Syria brokered by the guarantor countries -- Russia, Turkey, and Iran -- led to the Astana talks, held in the Kazakh capital parallel to UN-backed discussions in Geneva, to find a political solution to the six-year conflict.The U.S. and Jordan are the countries that have attended the talks as observer states.About the next meeting in Astana, Lavrov said it would be "productive" like all the previous ones.The seventh meeting is expected to be held at the end of October in Kazakhstan’s capital.Abdrakhmanov said the upcoming round would address the release of captives and hostages, and humanitarian action on mines.Syria has been locked in a vicious civil war since 2011, when the Assad regime cracked down on pro-democracy protests with unexpected ferocity. Since then, hundreds of thousands of people have been killed in the conflict, according to the UN.