'No to military coups and no to an authoritarian regime'

Day-Mer (Turkish and Kurdish Community Centre) based in the United Kingdom, says "No to military coup, no to one man rule! Fight for a secular & democratic Turkey! 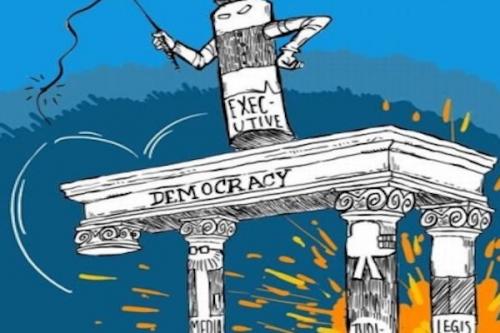 Day-Mer (Turkish and Kurdish Community Centre) based in the United Kingdom, says "No to military coup, no to one man rule! Fight for a secular & democratic Turkey!":

"On 15 July 2016, Turkey has seen an unprecedented example of a failed coup attempt which led to the killing of more than 200 people and over a thousand injured. The coup is said to be attempted by some sections of the military and more than 15 hundred soldiers have been arrested.

This incident is a reflection of the clash in Turkey between oppressive forces. This is not in the interest of the people of Turkey. The Erdogan rule has laid a foundation for war and had declared war on all opposition. He is determined to take control of all parts of life which he sees as a threat to his rule.

To take full control of the army, president Erdogan has been discharging military personnel who do not share his political line. These forces attempted to take the country into a period of further destruction.

Turkey had several military coups in the past and they have all resulted in further persecution and repression on the people, and this attempt would have been no different.

On the night of 15 July the coup plotters took over the state tv channel TRT and announced that they had taken over the administration of government. On the other hand, the radio and television regulator RTUK under President Erdogan's control shut down the broadcasts of Hayatin Sesi TV and Halk TV which are considered to be opposition. At the same time, the soldiers attempting a military coup raided another tv channel and newspaper.

It is ironic that the same president that ordered police to fire at protestors during the Gezi uprising in 2013, on 15 July used social media to call on his supporters to come onto the streets in defiance of the attempted military coup.

We in Europe and the people of Turkey say “No to military coups and no to an authoritarian regime. We want a secular and democratic Turkey". This conflict of competing interests between some sections of the military and the ruling AKP is not in the interests of the people.

We stand against these forces and raise the common demand of the people of Turkey for a secular, democratic and free country."