Netanyahu trial could be watershed in Israeli politics 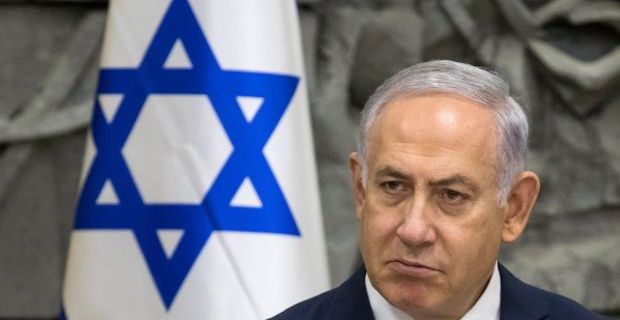 In 2016, Israeli police launched an investigation into allegations against Netanyahu, and for the first time in Israeli politics, a process to bring an incumbent prime minister to justice was launched. So what kind of future awaits Netanyahu, the Likud party and Israeli politics, which have struggled the past year with consecutive elections?

The political career of Netanyahu, who has been the most prominent right-wing political figure and Zionist in Israel, has been jeopardized. He stands accused of bribery, fraud, and breach of trust.

As part of the corruption investigation, Netanyahu is accused of passing regulations that gave his friend, telecom magnate Shaul Elovitch, benefits worth over $250 million to his company Bezeq. In return, Bezeq’s news website Walla gave positive media coverage to Netanyahu and his family.

It is also pointed out in the draft inquiry that after firing Avi Berger, Netanyahu appointed Shlomo Filber as director-general of the Communications Ministry to pursue an unlawful government policy in support of Elovitch.

It is also claimed that Netanyahu received $283,000 worth of champagne, pricey cigars, jewelry and flight tickets from Israeli Hollywood film producer Arnon Milchan and Australian billionaire James Packer in cases of bribery and breach of trust. It is also indicated in the indictment that there is enough proof that Netanyahu received gifts in return for political favors. Moreover, Netanyahu and Arnon Mozes, owner of the Yedioth Ahronoth newspaper, are allegedly accused of striking a deal in which legislation would be introduced that would hurt the Israel Hayom newspaper, Yedioth’s rival, and Yedioth’s editorial policy would back the Likud leader.

Netanyahu, who will receive up to 10 years in prison if found guilty following his trial, carried out maneuvers to protect his leadership after consecutive elections to avoid the trial. For now, there are only two options for Netanyahu to elude the judicial process.

But in light of failing to form a coalition government, this is impossible. The Knesset House Committee, which weighs immunity requests, has been nonfunctional for a while as a result of inconclusive elections. That means the only viable option left for Bibi is a decisive victory in the coming elections.

At this point, the country's demography which does not tend to give one party the ability to move comfortably within the political sphere and lastly Netanyahu's judicial process has led him to lose his final hopes.
In that, the failure of the coalition talks between the leaders of the two major parties -- Netanyahu and Benny Gantz -- who could not achieve a majority to form a government alone led Israel to go to a third consecutive election.

According to research, a Netanyahu-led Likud does not seem to have a better chance of success than in the previous election. This also undermines the possibility of Netanyahu achieving immunity by securing a majority to form a coalition in the election. 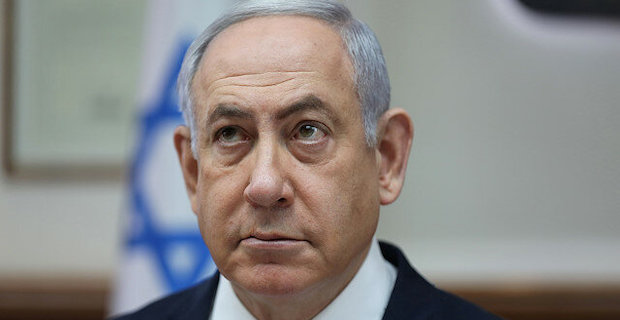 The accusations against Netanyahu and the political gridlock in the country have led to the search for new leaders in the Likud party, which is the biggest party in Israeli right-wing politics. Gideon Sa’ar appeared as the first challenger in Likud while Netanyahu is struggling with the accusations. The defiance of the young politician brings to mind the resignation of Avigdor Lieberman, who served in a Netanyahu-led coalition as defense minister between 2016-2018. Both men were brought into politics by Bibi.

Sa'ar, a former lawyer and journalist, consolidated his position with his nationalistic stance in Israeli politics. He objected to the Israeli withdrawal from the Gaza Strip in 2005 and also profoundly disagreed with the idea of an independent Palestinian state. The fact that Netanyahu is in his most fragile political period has been the main reason for Sa'ar to stand up to him.

Netanyahu is expected to have to vacate his Likud seat in line with the prosecution process. Sa'ar raised his voice on the necessity for Netanyahu’s resignation from Likud’s leadership before the coming elections on March 2. It can be considered that Sa'ar acted bravely in the eyes of Likud members. Although Sa’ar lost to Netanyahu in Likud’s primary, his position will leave a mark in voters’ minds. This is one of the reasons for Sa'ar to take Netanyahu’s place. Moreover, some Likud executives who are used to remaining in power may want to change the party’s leader in order not to be defeated in the elections by the Blue and White movement.

Sa’ar had the support of Haim Katz, one of the prominent figures of Likud, before the leadership primary held on Dec. 21. Katz was head of the workers union at Israel Aerospace Industries (IAI) and chairman of the technicians and engineers’ union. He led many workers at IAI to become members of Likud.

Overall, though, Likud has less of a chance of gaining a decisive victory in the upcoming elections, but it could boost Sa’ar’s chances of taking over the party’s leadership soon.

Polls show that more than 50% of Israelis believe that Netanyahu must step down from the premiership due to the criminal charges against him. This also strengthens Sa’ar’s hand in Likud. On the other hand, having realized that changes will occur within Likud, Netanyahu had around 100 Likud members who allegedly support Sa’ar dismissed to prevent opposition within his party from becoming stronger during primary elections.

Although Sa'ar does not have enough power to make ‘Bibi’ step down from his seat in the party, for now, he is the most prominent political figure to take over Netanyahu’s post.

Additionally, Sa’ar’s potential to divide or weaken the Blue and White Movement led by former Israeli chief of staff Benny Gantz due to his intimacy with some political figures in the movement seems to be strengthening his hand within his party cadre. In that, it is known that some of the political figures among the opposition remain distant from Likud owing to Netanyahu’s presence at the party.

Although no leader has been removed from their seat within Likud, whose 46-year-old party tradition regards loyalty as an essential factor, because Netanyahu has to step down from his post through the intra-party opposition’s moves, the emerging leadership race may bring about an obstacle for Likud to be able to win a decisive victory in the coming election.

As Israel goes to the polls for the third time in less than a year, Avigdor Lieberman, leader of Israel Our Home party, who is also known as "the Kingmaker," insisted he would not be involved in a narrow coalition government involving only the right-wing after the Sept. 17 elections. Thus, the small ultra-Orthodox Shas and United Torah Judaism parties, which were on the same side as Netanyahu's Likud, were pushed out of the game by Lieberman. Most importantly, Lieberman has driven Netanyahu into a corner on the political stage through his relationship with Shas and United Torah Judaism. In this picture, Lieberman’s Israel Our Home Party, which appeals mainly to secular voters in Israel, stands out as the party that sets the tone in Israeli politics with its eight members of the Knesset.

In the elections and coalition talks, Shas and United Torah Judaism have sided with Netanyahu’s Likud for a long while. In case the voters of these two far-right parties respond to Netanyahu’s judgment process negatively, it could lead to an acceleration of the momentum gained by the Blue and White Movement, which is a newcomer to the political scene. The Blue and White Movement was able to form a serious opposition bloc in the face of right-wing politics within a year of its establishment.

Furthermore, to consolidate his relations with Shas and United Torah Judaism, Netanyahu -- who claims that the investigation and prosecution processes are a “coup attempt” conducted with political motives -- alleges that the police and other authorities carrying out the judicial process are laying a plot against the entire right-wing over him.

The underlying cause for the failure of coalition talks between Benny Gantz, the leader of the Blue and White Movement, and Netanyahu is that Netanyahu sought immunity during the talks. Gantz’s drive to avoid forming a coalition with Netanyahu is derived from the notion that he can give the politically desperate Likud leader a death blow. While Netanyahu utilizes his party as a political shield to save his political career, he continues to unwillingly give the Blue and White Movement ground in the political arena.

Former Israeli Prime Minister Ehud Olmert was charged with bribery during his Jerusalem mayoralty and received a six-year prison sentence but ending up spending 16 months behind bars. Former Interior Minister Aryeh Deri also appeared in court and received a three-year sentence for bribery.

In light of these examples, if Netanyahu fails to gain a majority in the election to obtain immunity and prevent his imminent trial process, it may result in a colossal blow to his political career, his party losing power in the face of its rivals and a new balance of power in crisis-ridden Israeli politics.

Keywords:
Benjamin NetanyahuIsrael
Your comment has been forwarded to the administrator for approval.×
Warning! Will constitute a criminal offense, illegal, threatening, offensive, insulting and swearing, derogatory, defamatory, vulgar, pornographic, indecent, personality rights, damaging or similar nature in the nature of all kinds of financial content, legal, criminal and administrative responsibility for the content of the sender member / members are belong.
Related News