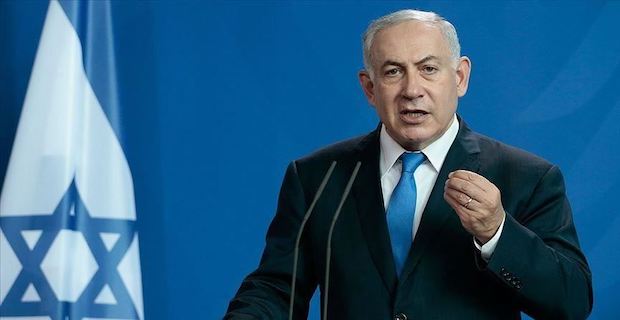 The right-wing parties of Yisrael Beiteinu and United Right on Tuesday informed President Reuven Rivlin of their recommendations to task Netanyahu with forming the Cabinet.

On Monday, Blue and White coalition -- the main rival of Netanyahu-led Likud party -- recommended its leader Benny Gantz to form the government. Gantz was also recommended by the Labor Party.

On Monday, Rivlin began consultation with parties that won seats in the Knesset to task a member with forming the next government.

Keywords:
Benjamin NetanyahuIsraeli Prime Minister Benjamin Netanyahu
Your comment has been forwarded to the administrator for approval.×
Warning! Will constitute a criminal offense, illegal, threatening, offensive, insulting and swearing, derogatory, defamatory, vulgar, pornographic, indecent, personality rights, damaging or similar nature in the nature of all kinds of financial content, legal, criminal and administrative responsibility for the content of the sender member / members are belong.
Related News