U.K. Prime Minister Theresa May on Thursday arrived in Jordan from Saudi Arabia for an official visit. 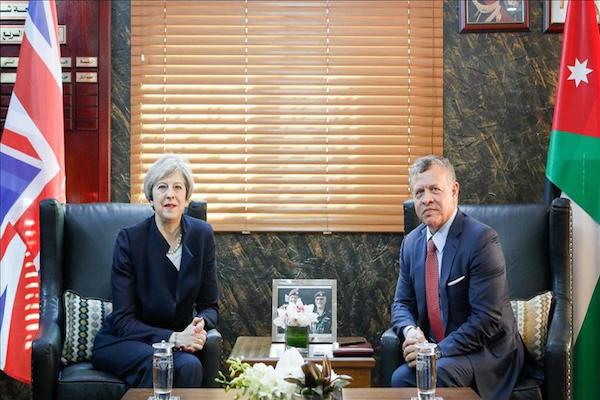 AvrupaLondon - U.K. Prime Minister Theresa May on Thursday arrived in Jordan from Saudi Arabia for an official visit.

The Royal Hashemite Court tweeted a photo of Jordan’s King Abdullah II holding talks with May in Amman’s Al-Husseiniya Palace.

Amman is the final leg of a wider regional tour that also brought the British prime minister to Baghdad and Riyadh.

Later Thursday, May is expected to meet with her Jordanian counterpart, Hani al-Mulki.