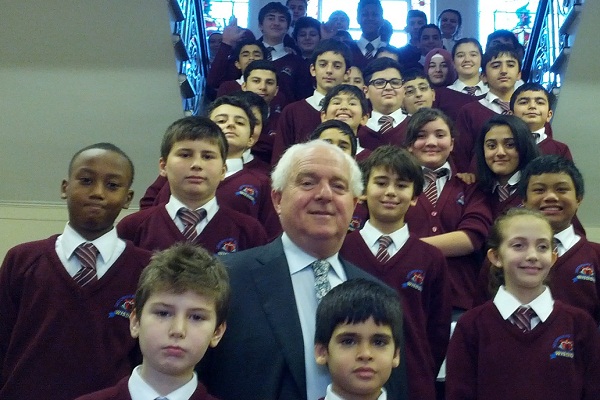 Wisdom School hosted a talk from a member of the House of Lords on Friday 23rd November 2012 to encourage students to engage more with the political and parliamentary process.  It was one of over 40 visits to schools that took place around the UK to mark the final day of Parliament Week, a national initiative to build greater awareness of, and engagement with, parliamentary democracy in the UK.

Lord Mitchell met with Key Stage 3 students for an hour to talk about the work and role of the House of Lords. This was followed by a question and answer session on various aspects of the parliamentary process and life at Westminster generally.

Mr Guveli – Headteacher of Wisdom School said, “This was a fantastic opportunity for our students to interact with someone who knows the parliamentary system inside out, as it can sometimes seem far removed from their daily lives.”

The visit was arranged through the Lord Speaker’s “Peers in Schools” programme, which has been running across the UK since 2007 and has so far involved around 50,000 young people. This Friday also saw the programme having made over 1,000 visits to schools up and down the country since its creation. This continuing outreach programme sends members of the House of Lords into schools and colleges across the country to give talks in support of the citizenship curriculum.  For further information, see the Lord Speaker’s web page at:  www.parliament.uk/lordspeaker