Shinzo Abe pledges to address challenges his country faces, inside and outside 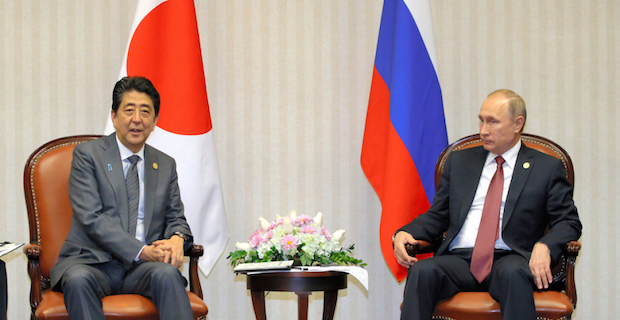 In his policy speech delivered to the country’s lawmakers, Abe said he will "resolve the postwar diplomacy challenges Japan is faced with."

The two countries share a rift over four Russian-held islands off Hokkaido.

“I share a strong determination with Russian President Vladimir Putin not to leave the issue unsolved now that it has been more than 70 years since the end of the war,” Abe said.

Abe and Putin held talks in Moscow last week over the issue. The duo had reaffirmed to"accelerate negotiations" for a bilateral peace treaty.

Abe said that Japan will cooperate with U.S. and South Korea over North Korea. Koreas and the U.S. are engaged in diplomatic efforts to denuclearize the peninsula and lift sanctions on Pyongyang.

"[I will] act decisively without losing any opportunity to settle the issue of Japanese citizens abducted by the communist nation decades ago and its nuclear and missile programs," Abe told the Japanese parliament.

Abe, however, did not refer to ongoing military tensions with South Korea in Sea of Japan.

"[We] should break the shell of mutual mistrust in order to resolve the North Korean nuclear and missile issue, and the most important issue of abduction," he said.

"The goal is to settle the unfortunate history with North Korea and normalize diplomatic relations."

Keywords:
Japanese PremierShinzo AbeRussian President Vladimir Putin
Your comment has been forwarded to the administrator for approval.×
Warning! Will constitute a criminal offense, illegal, threatening, offensive, insulting and swearing, derogatory, defamatory, vulgar, pornographic, indecent, personality rights, damaging or similar nature in the nature of all kinds of financial content, legal, criminal and administrative responsibility for the content of the sender member / members are belong.
Related News