Berlusconi's ministers threatened to quit from Italy's grand coalition, Premier Letta and President Napolitano said they would wait for the result of a vote 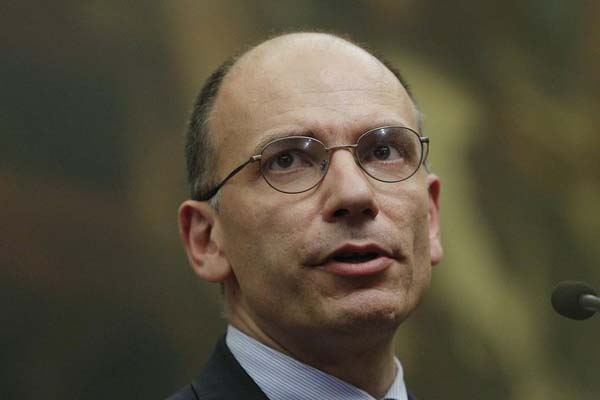 Italian President Giorgio Napolitano and Prime Minister Enrico Letta have decided to wait for the result of a confidence vote to overcome the turmoil of the political crisis triggered by former Prime Minister Silvio Berlusconi’s call for Italian ministers from his centre-right People of Freedom Party (PdL) to quit the grand-coalition. Most members of Berlusconi's People of Freedom (PdL) party offered their resignations from the parliament on Thursday in a counter-move to eject the three-time premier from parliament, after the Italian Supreme Court approved a tax-fraud conviction against the media magnate last month. Letta had an emergency meeting with President Napolitano on Sunday evening at the Presidential Palace Quirinale, where a presidential statement said the two had agreed for the premier to seek to establish whether he had the support of the cabinet to continue. Stressing that Berlusconi had led to political obscurity in response to the upcoming vote to determine whether he can keep his seat in the Senate, the Italian Premier and President will set a new roadmap after the confidence vote to be held at the Italian parliament. Letta, who is a member of the centre-left Democratic Party (PD), needs the PdL's support to keep his government afloat.

"I will ask for the confidence of both the Senate and the Chamber of Deputies…If I do not get it, I will draw my conclusions," the Italian Premier Letta said in a televised speech on Sunday.

He highlighted that the parliamentary vote is the best way to "clarify" things, arguing that the Italian law on elections, “Porcellum,” must be changed, otherwise a majority to form a government could not be constituted in the case of new parliamentary elections.

The person behind the turmoil, Silvio Berlusconi, is blaming Premier Enrico Letta for the government crisis that erupted on Saturday when ministers from the centre-right leader's People of Freedom (PdL) partly quitted the grand-coalition executive.

Although President Napolitano has always expressed his stance against calling for new elections, he threatened he would resign if the parties failed to act "responsibly."

Even so, if PdL members continue with their threat, they will probably demand Napolitano to dissolve parliament and call for early elections.

The Italian government has been on shaky ground since the Italian Supreme Court upheld a tax-fraud conviction against three-time premier Berlusconi last month, making it definitive, but the situation spilled over earlier last week when PdL deputies threatened to quit the government en masse.