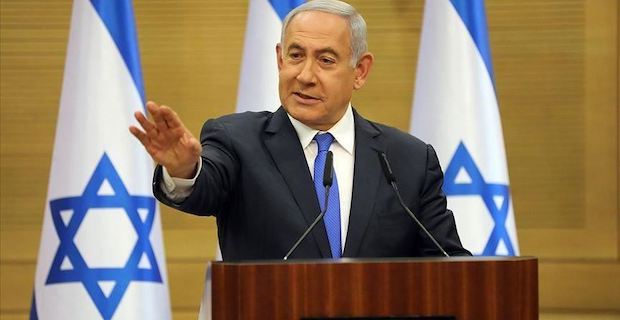 Israeli Labor Party refused Prime Minister Benjamin Netanyahu’s offer to join a coalition, a local daily reported on Wednesday. “Senior Israeli Labor Party members said that Prime Minister Benjamin Netanyahu offered the post of justice minister to Shelli Yachimovich and support for the candidacy of Amir Peretz for the next president of the state,” according to the Israeli daily Yedioth Ahronoth.

Netanyahu’s offer for the left-wing party to become a coalition partner was in exchange for abandoning legislation that would make the premier immune to prosecution, the newspaper said.

“The offer was rebuffed by the Israeli left-wing party,” it added.

Israeli MPs is expected to convene today to vote for the second and third reading on a bill to disperse the Knesset, Israel’s parliament.

The move represents an escalation by the Likud party to force former Defense Minister Avigdor Lieberman to back down from demands to pass the so called ultra-orthodox “conscription law”.

Under Israeli law, Netanyahu, who leads the Likud, has until midnight Wednesday (local time) to draw up a coalition government.

If he fails to do so, the party plans to dissolve the Knesset and call fresh elections within the next three months.

Netanyahu won a record fifth term in office in April 9 polls in which his Likud also clinched 36 Knesset seats.

Keywords:
NetanyahuIsraeli Labor Party
Your comment has been forwarded to the administrator for approval.×
Warning! Will constitute a criminal offense, illegal, threatening, offensive, insulting and swearing, derogatory, defamatory, vulgar, pornographic, indecent, personality rights, damaging or similar nature in the nature of all kinds of financial content, legal, criminal and administrative responsibility for the content of the sender member / members are belong.
Related News