Iran postpones 2nd round of polls over coronavirus

Iran is one of the worst-hit countries by coronavirus 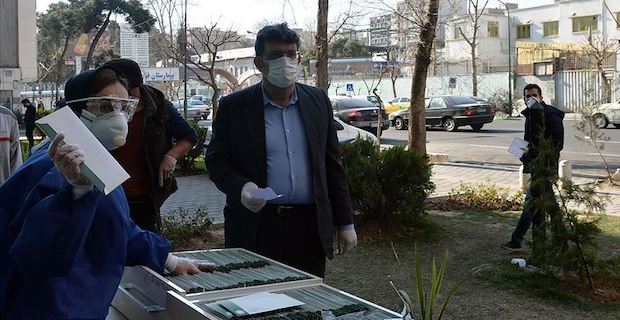 Iran has postponed the second round of the country's parliamentary elections as part of its fight against coronavirus.  The polls, originally slated for April 17, will be held on Sept. 11, Abbasali Kadkhodaei, a spokesman for the Guardian Council, told the official IRNA news agency.  Iran is one of the worst-hit countries by coronavirus with 724 deaths and more than 13,900 confirmed infections.

The country has asked the International Monetary Fund (IMF) for $5 billion emergency funding to deal with the pandemic.

After emerging in Wuhan, China last December, the virus known as COVID-19 has spread to at least 141 countries and territories.

The global death toll from the virus has surpassed 5,700 with more than 152,000 cases confirmed worldwide, according to the World Health Organization.

A vast majority of those who become infected recover from the illness.