Hamza Yusuf on ISIL, We need a counter reformation 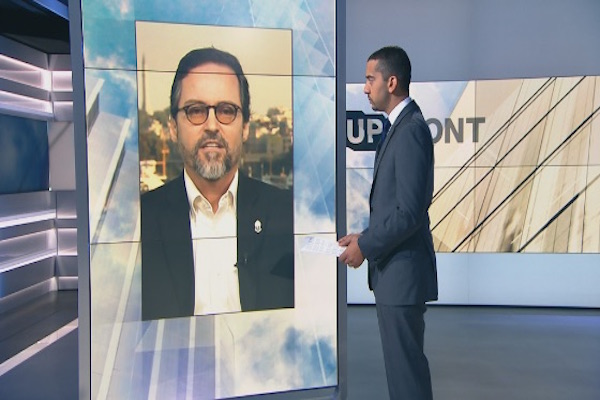 (Washington D.C. – 20th, November, 2015) – In a wide-ranging and exclusive interview with Al Jazeera English’s flagship current affairs show, ‘UpFront’, the president and co-founder of Zaytuna College, Hamza Yusuf, explained his theory on how ISIL attracts its followers and fighters and what must be done to combat the allure. “People are frustrated,” Yusuf told 'UpFront' host Mehdi Hasan. “There are so many egregious wrongs in the Muslim world...If we don’t find healthy vehicles, healthy means by which they can express some type of outrage in a way that's productive…to actually redress some of the wrongs that are out there…there are people, demagogues, and others out there, that will manipulate the emotions of youth.”

Yusuf, who was called “perhaps the West’s most influential Islamic scholar” by New Yorker magazine, was adamant throughout the interview that ISIL does not represent Islam.

Talking about the huge majority of peaceful Muslims, he added “We represent 1.6 billion people and rising. You cannot take these statistically insignificant numbers out there and extrapolate from that that somehow Islam is an evil religion.”

To those who say Islam needs a reformation to prevent it from being used to justify violent actions, Yusuf said, “This is the reformation…We need a counter-reformation. These are the reformists, this is the fruit of reformation.”

One theory Yusuf uses to explain why young men are leaving the West to join ISIL is his “defilement theory of terrorism”. “They go to the West, they sow their wild oats, they get this kind of realisation that they've been tainted, polluted, and then […] they have this born again experience. This is, I think, more common than people realise,” he said.

Yusuf also addressed the double standard of labelling only Muslims as terrorists.

“There are many examples of people doing these things in the United States and they're always classified as mentally ill people, and yet when Muslims do insane things, and many of these things are actually quite insane, they're categorised as terrorists…We have a double standard.”

This interview with Hamza Yusuf will be available online at: www.aljazeera.com/upfront from 19.30GMT onwards.