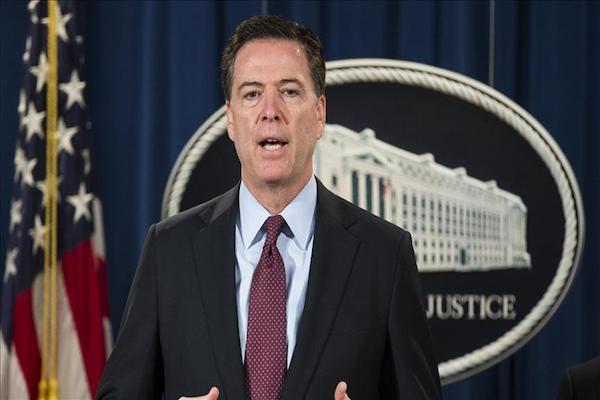 President Trump has, without proof, blamed a number of leaks -- which have contributed to his administration's rocky start -- on his predecessor Barack Obama. He has dismissed the claims.

In a Twitter outburst on Friday, Trump harped on Obama and his team, calling him a "bad (or sick) guy!"

The New York Times reported Sunday that Comey wrote to the Department over the weekend, asking them to publicly reject Trump's allegations.

The report comes after White House spokesman Sean Spicer fanned the flame of the president's claims, calling them "very troubling".

In a series of tweets Sunday, Spicer urged Congress to investigate "whether executive branch investigative powers were abused in 2016".

The leaks in question concern the Trump team’s secret communications with Russian officials.

On Thursday, Trump-appointed Attorney General Jeff Sessions recused himself from any investigation on the matter, after reports emerged he himself held such contacts during the run-up to last year’s presidential election.

He had denied doing so under congressional testimony.

FBI Director Comey is the highest intelligence official left in office after the Jan. 20 transition.

Last October, he sent a controversial letter to Congress that declared the FBI was reopening its investigation into presidential nominee Hillary Clinton's email scandal.

The move, which came less than two weeks before the Nov. 8 election, was widely thought to have impacted the outcome.