Proposals from Theresa May to allow EU citizens to stay in the UK have not allayed the fears of those affected. 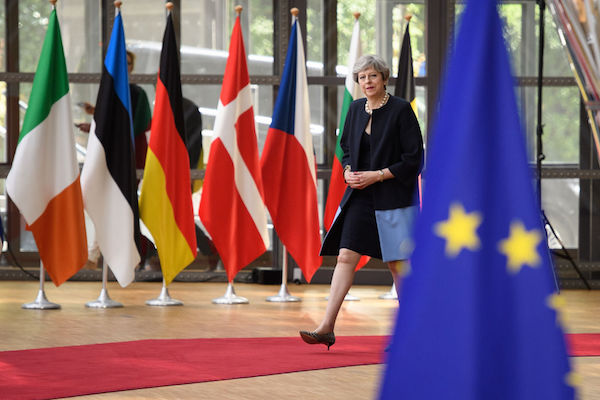 But Europeans living here said they are still "panicked" and the proposals give "more questions than answers". Britons living in the EU are also worried about what it will mean for a reciprocal deal. The settled status would give EU citizens the right to stay and access healthcare, education and other benefits, after the UK's exit deadline - which is 30 March 2019. The prime minister also promised to streamline the system, including doing away with an 85-page permanent residency application form. However, no cut-off date has been specified from Downing Street and further details of the plans will not be released until Monday. Bulgarian Maria Spirova, who has been living and working in the UK for five-and-a-half years, said she was still concerned about what the scheme would mean for her future, despite the announcement. "I am panicked on the inside," she told BBC Breakfast. "I arrived here before 2014... but [the proposals] open more questions than they answer.