Europeans should take their fate into their own hands, German chancellor says, signaling new era in Transatlantic relations 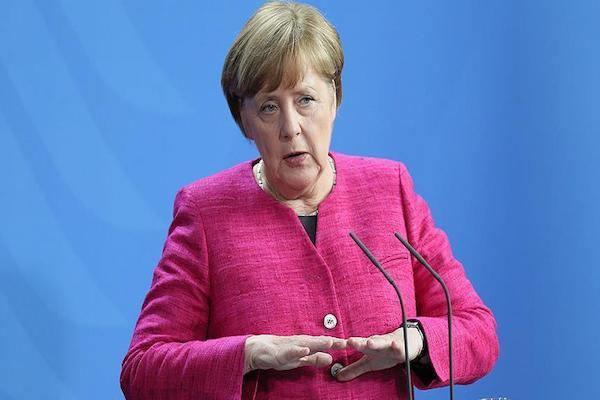 Addressing a rally in Munich, Merkel acknowledged a growing rift between Berlin and Washington under the Donald Trump administration, while stressing the need for the EU to transform itself after the U.K.'s decision to leave the 28-member bloc. "The times when we could fully count on others, they are now to a certain extent over. I have experienced this in the last few days,” Merkel said, referring to G7 and NATO summits, which revealed differences between Germany and the U.S. on issues of foreign policy and international trade. “Therefore, I can only say that we Europeans have to take our fate into our own hands, of course in friendship with the United States of America, in friendship with Great Britain, as good neighbors wherever possible, also with Russia and also with other countries,” she said. “But we should know that we as Europeans must fight for our future ourselves, for our destiny,” she added. Merkel’s remarks came amid Trump’s strong criticism of European allies for not doing enough for Europe’s defense and trying to shift their responsibility to the U.S. During the first NATO leaders’ summit he attended last Thursday in Brussels, Trump claimed that European countries owed the U.S. "massive amounts of money” due to its sponsorship of European defense and security for decades. Contrary to the expectations of the European allies, during his public speech at NATO’s new headquarters Trump did not affirm commitment to the Article 5 of NATO’s founding treaty, which states that an attack on one member is an attack against all under the notion of collective self-defense.

The G7 summit in Italy on Saturday revealed further divisions between the U.S. and its European partners on various issues, including international trade and climate change. While six of the world’s largest economies pledged commitment to the Paris climate agreement, the U.S. administration did not join the consensus. Trump said on Twitter that he will make his final decision on the Paris Accord next week. Merkel criticized the U.S. position during a press conference at the end of the G7 summit, saying the whole discussion on climate change was "very unsatisfactory”. Germany and France, the two leading states of the EU, had been strong supporters of the Paris climate agreement. The landmark agreement, which was signed in Paris two years ago, aims at significantly reducing carbon emissions, by limiting global warming to below 2 degrees Celsius.