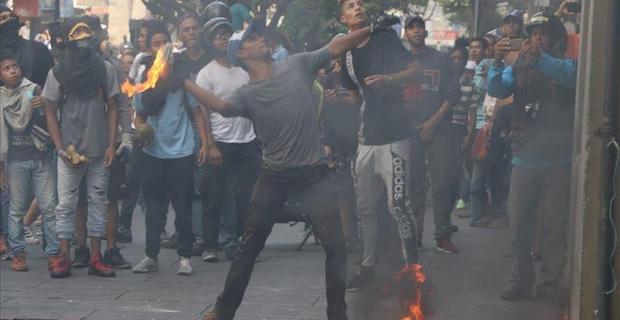 The European Union called for free and fair elections Tuesday as a way to resolve the situation in Venezuela. “We reiterate that there can only be a political, peaceful and democratic way out for the multiple crises the country is facing,” EU diplomatic chief Federica Mogherini said in a statement. She said the EU rejected any form of violence and called for a de-escalation of the conflict to prevent the loss of lives. “We will continue to spare no efforts to achieve a reinstatement of democracy and rule of law, through free and fair elections, in accordance with the Venezuelan constitution.”

The EU is closely following the latest events in Venezuela, she added. Earlier Tuesday, Venezuelan opposition leader Juan Guaido released a video in which he could be seen alongside a small contingent of uniformed military personnel and armored vehicles calling for an uprising to end the "usurpation" of President Nicolas Maduro. He stressed that it was the beginning of the final phase of “Operacion Libertad”, or Operation Liberty, to oust Maduro. “The National Armed Forces have made the correct decision. They have the support of the Venezuelan people," Guaido said. He also called on Venezuelans to take to the streets to support the "democratic forces" and "recover the country's freedom".

Keywords:
EUVenezuela
Your comment has been forwarded to the administrator for approval.×
Warning! Will constitute a criminal offense, illegal, threatening, offensive, insulting and swearing, derogatory, defamatory, vulgar, pornographic, indecent, personality rights, damaging or similar nature in the nature of all kinds of financial content, legal, criminal and administrative responsibility for the content of the sender member / members are belong.
Related News