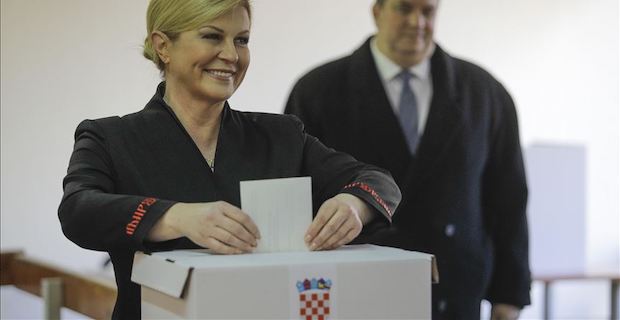 Croatian voters began heading to the polls on Sunday in a runoff presidential election that will shape the country for the next five years. Polls opened at 7 a.m. (0600GMT) for over 3.8 million registered voters to elect the country's next president.

Voters will be choosing between first round favorite and former Prime Minister Zoran Milanovic from the Social Democratic Party (SDP) who won 29.54% of the vote in the first round, and incumbent President Kolinda Grabar Kitarovic, of the ruling Croatian Democratic Union (HDZ), who won 26.67%.

None of the initial 11 candidates were able to pass the 50% threshold in the first round of voting on Dec. 22 needed to preclude a runoff.

The first unofficial results are expected to be announced before midnight Sunday.

Keywords:
Presidential ElectionsCroatiaZoran Milanovic
Your comment has been forwarded to the administrator for approval.×
Warning! Will constitute a criminal offense, illegal, threatening, offensive, insulting and swearing, derogatory, defamatory, vulgar, pornographic, indecent, personality rights, damaging or similar nature in the nature of all kinds of financial content, legal, criminal and administrative responsibility for the content of the sender member / members are belong.
Related News