Johnson will step down as Conservative leader, he is expected to continue as prime minister until new leader elected 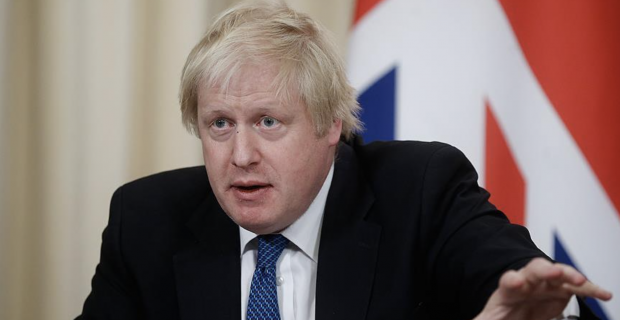 British Prime Minister Boris Johnson agreed to resign on Thursday after great pressure as more than 50 politicians have resigned from his government within the past 48 hours. Johnson will resign as the Conservative leader but it is not clear whether he will continue to serve as the prime minister until the party elects a new leader. A statement from No 10 said: “The prime minister will make a statement to the country today (Thursday).” Johnson had to make the decision to resign following a series of resignations on Thursday morning, despite his office last night saying Johnson is remaining "absolutely defiant" and "does not intend to resign." On Thursday morning, Northern Ireland Secretary Brandon Lewis was followed by other ministers, including the newly appointed Education Secretary Michelle Donelan. Lewis said, “a decent and responsible government relies on honesty, integrity, and mutual respect.” Nadhim Zahawi, who was appointed as the Chancellor of the Exchequer, publicly urged Johnson to resign after the resignations. Zahawi, who was appointed only 2 days ago after the resignation of Rishi Sunak, said he became chancellor out of loyalty to the country. “Yesterday, I made clear to the prime minister alongside my colleagues in No 10 that there was only one direction where this was going, and that he should leave with dignity,” Zahawi said. “Out of respect, and the hopes that he would listen to an old friend of 30 years, I kept this counsel private.” Zahawi said he is “heartbroken that he hasn’t listened and that he is now undermining the incredible achievements of this government at this late hour.” He added that “the country deserves a government that is not only stable, but which acts with integrity.” “Prime Minister, you know in your heart what the right thing to do is, and go now.”

Keywords:
British Prime MinisterBoris JohnsonConservative
Your comment has been forwarded to the administrator for approval.×
Warning! Will constitute a criminal offense, illegal, threatening, offensive, insulting and swearing, derogatory, defamatory, vulgar, pornographic, indecent, personality rights, damaging or similar nature in the nature of all kinds of financial content, legal, criminal and administrative responsibility for the content of the sender member / members are belong.
Related News