Average of 36 people killed every day in Ukraine 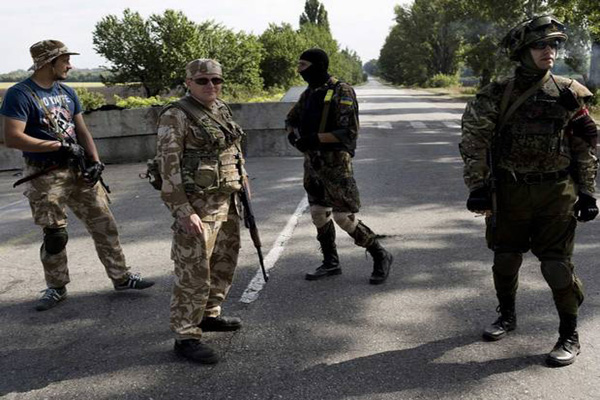 At least 36 people are killed every day in eastern Ukraine as clashes continue, according to a report issued by the Office of the United Nations High Commissioner for Human Rights (OHCHR) on Friday. According to the report, at least 2,220 people have been killed and 5,956 injured so far since clashes began in April, until August 17. It is estimated that at least 468 people remained detained by armed groups, as of August 17, says the report. The Ukrainian government is also accused of human rights violations, like arbitrary detention or torture. According to the report, it has arrested more than 1,000 people in eastern Ukraine due to their “irrefutable evidence of their participation in terrorist activities.” The report also states that while the Ukrainian army, as it attacked separatists in the Donetsk and Luhansk regions, established “safe corridors” for residents to be able to flee cities, numerous casualties were recorded.   “The corridors traverse areas where the fighting is ongoing,” the report says. “This raises concerns about the security of such corridors to ensure safe passage for those wishing to flee the hostilities.”
The UN organization also reported on the situation in the Autonomous Republic of Crimea, where harassment and discrimination against Ukrainians, Crimean Tatar and other nationalities continues.
More than 16,000 people were reported to have been displaced from Crimea to Ukraine, with more than 2,800 leaving the peninsula the last month.
The total number of displaced in Ukraine rose to 190,000 as of August 20, according to the UN.
Ukraine launched military operations in the eastern provinces of Donetsk and Lugansk in mid-April to restore government control after pro-Russian separatists declared independence of the region.
The conflict began following the annexation of Crimea by Russia in March.