A record 28,431 migrants made the journey across the English Channel last year

The number of people who crossed the English Channel in small boats last year was treble the number for 2020. 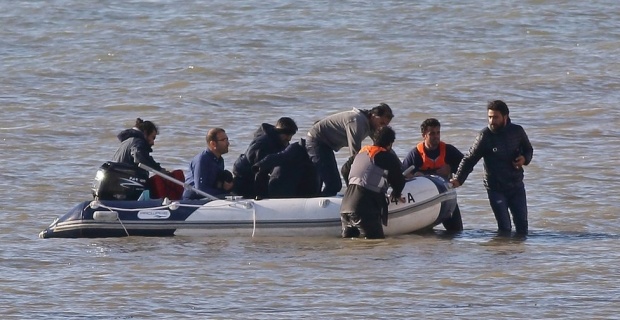 Figures show at least 28,431 migrants made the journey in 2021, despite huge UK investment in France to prevent crossings.A Home Office minister said the government was "reforming" its approach and introducing tougher asylum rules.Refugee charities say the "dangerous and callous policy" will lead to more arrivals and drownings.Clare Moseley, founder of charity Care4Calais, which supports refugees living in northern France, said rising numbers of small boat arrivals reflect a shift away from attempts to cross by lorry.

She said: "They are some of the most vulnerable people in the world, having lost family members in bloody conflicts, suffered horrific torture and inhumane persecution.

"The Government tells us that people should travel by legal means, but if this were truly possible why would so many be risking their lives in flimsy boats?"In 2020, a total of 8,417 people crossed the Channel in small boats.Last year's record number - an increase of about 20,000 - saw arrivals peak in November when, despite falling temperatures, at least 6,869 people reached the UK.On 24 November at least 27 people died as their boat sank.The same month saw a new record for a single day, when 1,185 people reached British shores aboard 33 boats.In 2020 the most arrivals on a single day was 416, set in September.

Keywords:
MigrantsEnglish Channel
Your comment has been forwarded to the administrator for approval.×
Warning! Will constitute a criminal offense, illegal, threatening, offensive, insulting and swearing, derogatory, defamatory, vulgar, pornographic, indecent, personality rights, damaging or similar nature in the nature of all kinds of financial content, legal, criminal and administrative responsibility for the content of the sender member / members are belong.
Related News