Universal credit will rise for some people under plans announced by the chancellor in his Budget.

Rishi Sunak has reduced the "taper rate" - this affects the amount of money lost by working claimants if they earn more money. 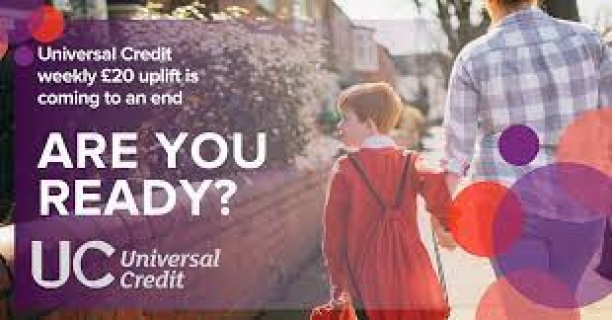 What is universal credit?Universal credit is a single benefit payment for working-age people, which was introduced to replace a range of different benefits for unemployed and low-paid people, and make the system simpler.It's claimed by more than 5.8 million people in England, Scotland and Wales, both in and out of work - 40% of universal credit claimants are workers.Claimants received an extra £20 per week during the pandemic, but this ended at the beginning of this month.

What is the taper rate?

Most universal credit claimants lose some of their benefits if they earn more money.The rate at which they lose the benefits is known as the taper rate.At the moment the taper rate is 63%, which means that if you earn an extra pound you lose 63p in benefits.Workers with responsibility for children or disabilities that limit their ability to work are allowed to earn a certain amount before they start losing their universal credit, which is called a work allowance.

Keywords:
Universal CreditChancellor In His Budget.Universal Credit Taper RateWhat Is Universal Credit
Your comment has been forwarded to the administrator for approval.×
Warning! Will constitute a criminal offense, illegal, threatening, offensive, insulting and swearing, derogatory, defamatory, vulgar, pornographic, indecent, personality rights, damaging or similar nature in the nature of all kinds of financial content, legal, criminal and administrative responsibility for the content of the sender member / members are belong.
Related News