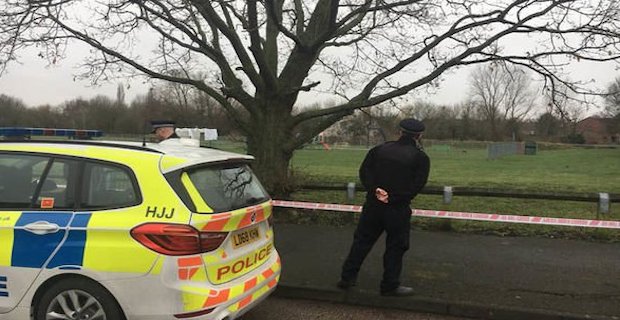 Police were called to St Neots Road in Harold Hill, Romford, at about 21:30 GMT on Friday.

The girl was pronounced dead at the scene.

The Metropolitan Police has begun a murder investigation, although no arrests have been made. The girl's next-of-kin have been informed, and a post-mortem examination is due to be held.

She is the first teenage girl to die in a homicide in the capital this year.

She became the 18th person to be killed in London this year, and the fifth teenager to die.

Last year, two 17-year-old girls and one 18-year-old woman were murdered in London.

Keywords:
Harold Hill Park
Your comment has been forwarded to the administrator for approval.×
Warning! Will constitute a criminal offense, illegal, threatening, offensive, insulting and swearing, derogatory, defamatory, vulgar, pornographic, indecent, personality rights, damaging or similar nature in the nature of all kinds of financial content, legal, criminal and administrative responsibility for the content of the sender member / members are belong.
Related News