Boris Johnson 'in good spirits' and is stable in hospital

Prime Minister Boris Johnson is "in good spirits" after spending the night in intensive care being treated for coronavirus, No 10 has said. 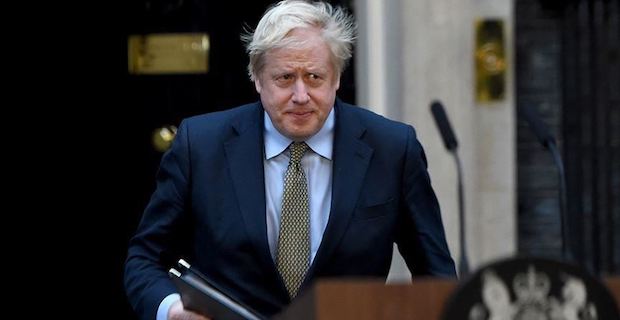 A spokesman said Mr Johnson, 55, was stable overnight and is being given oxygen and is not on a ventilator.  It comes as Cabinet Office minister Michael Gove became the latest politician to self-isolate after a family member showed symptoms. Mr Gove said he did not have symptoms and will continue working at home. Mr Johnson was admitted to St Thomas' Hospital in central London with "persistent symptoms" of Covid-19 on Sunday and was moved to intensive care on Monday at 19:00 BST after his symptoms worsened.

In a statement on Tuesday, a Downing Street spokesman said: "The prime minister has been stable overnight and remains in good spirits. He is receiving standard oxygen treatment and is breathing without any other assistance.  "He has not required mechanical ventilation or non-invasive respiratory support."  A ventilator takes over the body's breathing process when disease has caused the lungs to fail. Mr Johnson does not have pneumonia, Downing Street added.  The spokesman said that the mood in government is "determined", and ministers have a very clear plan set out by Mr Johnson for responding to the pandemic. The Queen will continue to be kept regularly informed about Mr Johnson's condition and his weekly audiences with her will not go ahead, the spokesman added. Speaking to BBC Radio 4's Today programme, Mr Gove pledged that if there is any change in his condition "No 10 will ensure the country is updated".

Foreign Secretary Dominic Raab is deputising for the PM and chaired the government's daily coronavirus meeting on Tuesday.  As first secretary of state, Mr Raab is the minister designated to stand in for Mr Johnson if he is unwell and unable to work. Mr Raab said earlier there was an "incredibly strong team spirit" behind the prime minister and that he and his colleagues were making sure they implemented plans that Mr Johnson had instructed them to deliver "as soon as possible".

Keywords:
Boris Johnson
Your comment has been forwarded to the administrator for approval.×
Warning! Will constitute a criminal offense, illegal, threatening, offensive, insulting and swearing, derogatory, defamatory, vulgar, pornographic, indecent, personality rights, damaging or similar nature in the nature of all kinds of financial content, legal, criminal and administrative responsibility for the content of the sender member / members are belong.
Related News