22 point plan to tackle aviation disruption ahead of summer season 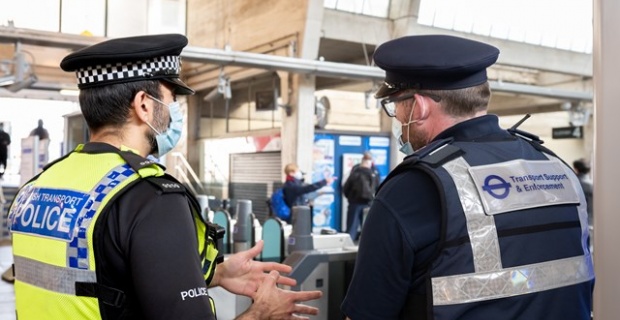 Comes as Scottish and Northern Irish schools break up for their summer holidays, with Welsh and English schools following later in July. Ministers have made clear to the industry it must run realistic summer schedules and alert passengers to any changes to flights as early as possible to minimise disruption for passengers. The Government has set out its 22-point plan to help ensure passengers don’t face a summer of disruption, as it called on the industry to do everything within its power to ensure there is no repeat of the problems experienced at Easter. The action plan comes as schools in Scotland and Northern Ireland break up for summer, firing the starting gun on the busy summer holiday period – over 100 days after all remaining covid restrictions on international travel from the UK were lifted.It sets out all of the measures the Government is taking to support the aviation industry, including to help recruit and train staff, ensure the delivery of a realistic summer schedule, minimise disruption, and support passengers when delays and cancellations are unavoidable.Today’s publication comes after last week’s announcement of a one-off ‘amnesty’ on airport slot rules, enabling airlines to plan ahead and avoid last-minute cancellations. This is being provided as an exceptional measure while industry makes progress in recruiting necessary staff.A bit like parking spaces for planes, slots are used to manage capacity at the busiest airports. A slot gives permission to use the full range of airport infrastructure (runway, terminal and gates, for instance) necessary to operate an air service at an airport on a specific date and time.Highly valuable commercial assets, airlines must use slots a certain amount of times each season in order to keep them. However, many parts of the sector have been unable to recruit enough staff in time to fly the number of flights they have planned for, leading to flights being cancelled at short notice.

The Government has given airlines a short window to hand back slots for the rest of the summer season that they are not confident they will be able to operate. This will help passengers find alternative arrangements ahead of time, rather than face the kind of last-minute cancellations seen over the Easter and half-term holidays.

While the Government is doing everything within its power to support the aviation industry, it is now for the sector itself to undertake the appropriate steps to make sure there’s no repeat of the chaos seen at Easter and half term.

In doing so, Ministers have been clear that reaching for the lever marked ‘more immigration’ is not an obvious solution to the problem. Disruption is happening across the EU and in the USA due to staff shortages, and the Government is committed to building a robust and dependable domestic aviation industry, last year launching the Aviation Skills Retention Platform to help develop and hold onto UK workers.

“Holidaymakers deserve certainty ahead of their first summer getaways free of travel restrictions. While it’s never going to be possible to avoid every single delay or cancellation, we’ve been working closely with airports and airlines to make sure they are running realistic schedules.

“The 22 measures we’ve published today set out what we’re doing to support the industry. It’s now on airports and airlines to commit to running the flights they’ve promised or cancel them with plenty of time to spare so we can avoid the kind of scenes we saw at Easter and half term.

“With 100 days having passed since we set out that restrictions would be eased, there’s simply no excuse for widespread disruption.”

Ministers have made clear to the industry that it must run realistic timetables that it can fulfil and must make passengers aware of any changes to their flights well in advance in order to avoid heart-breaking last-minute cancellations.

Since the disruption holidaymakers saw at half term, Ministers and officials have been meeting with the industry weekly to find out more about their plans for the summer and work through any issues in the system, ensuring that operators and airports can run schedules in line with the staff they have available.

“I’ve been meeting regularly with the industry ahead of the summer holidays, and I’m enormously grateful for the constructive way we’ve been able to discuss what went wrong at Easter and half term.

“The action we’ve taken to support airlines and airports isn’t just about minimising disruption this summer, but helping the sector recruit the staff it needs for the long term. I look forward to continuing to support them in this effort where we can.”

“We share government’s ambitions for resolving the travel issues that we’ve seen in previous months.  These actions will help the sector to be more resilient in dealing with strong consumer demand.

“We will work alongside government and the wider industry to help deliver a better experience for passengers. I’m looking forward to the Civil Aviation Authority being part of that collective effort.”

Other actions set out in the action plan include measures taken to reduce the time it takes to get new staff on board while maintain the highest standards of security, including changing the law to allow greater flexibility over background checks and allowing employers to use an HM Revenue and Customs letter to verify five years of employment checks.

In the coming weeks the Government will also launch a new aviation passenger charter. Developed in partnership with industry and consumer groups, the charter will be a one-stop guide for consumers informing them of their rights and what they can reasonably expect of airports and airlines when flying.

Keywords:
Tackle Aviation DisruptionAviation DisruptionSummer SeasonSummer FlightGovernment FlightsEaster And Half Term DisruptionSummer HolidaysAviation Industry
Your comment has been forwarded to the administrator for approval.×
Warning! Will constitute a criminal offense, illegal, threatening, offensive, insulting and swearing, derogatory, defamatory, vulgar, pornographic, indecent, personality rights, damaging or similar nature in the nature of all kinds of financial content, legal, criminal and administrative responsibility for the content of the sender member / members are belong.
Related News