In a statement, a spokeswoman for the couple said: "The prime minister and Mrs Johnson are delighted to announce the birth of a healthy baby girl at a London hospital earlier today. 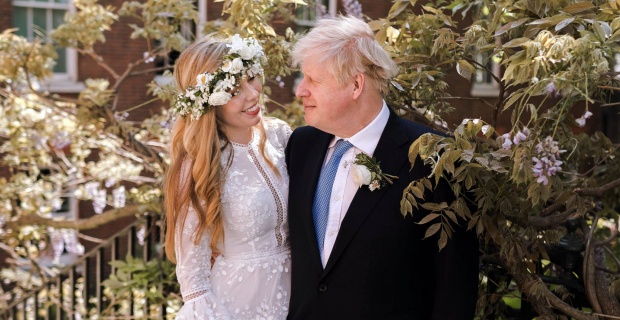 Boris and Carrie Johnson have welcomed a little girl, 19 months after their son, Wilf, and after Mrs Johnson revealed she had a miscarriage.Boris Johnson and Carrie Johnson in the garden of 10 Downing Street after their wedding on Saturday.In a statement, a spokeswoman for the couple said: "The prime minister and Mrs Johnson are delighted to announce the birth of a healthy baby girl at a London hospital earlier today.

"Both mother and daughter are doing very well. The couple would like to thank the brilliant NHS maternity team for all their care and support."

The couple have a 19-month-old son, Wilf.They have not revealed if the little girl has a name yet.Up until recently, the PM, 57, refused to answer questions about how many children he had.But in September, he told NBC he had six children, making the most recent arrival his seventh child.He has four children with ex-wife Marina Wheeler, a child born in 2009 as a result of an affair with art consultant Helen Macintyre, and now two children with his current wife.

Keywords:
Prime MinisterCarrie JohnsonMrs Johnson
Your comment has been forwarded to the administrator for approval.×
Warning! Will constitute a criminal offense, illegal, threatening, offensive, insulting and swearing, derogatory, defamatory, vulgar, pornographic, indecent, personality rights, damaging or similar nature in the nature of all kinds of financial content, legal, criminal and administrative responsibility for the content of the sender member / members are belong.
Related News