Nicki Minaj's comments about Covid jab side effects, according to a government minister

Officials in Trinidad "wasted so much time" trying to confirm Nicki Minaj's comments about Covid jab side effects, according to a government minister. 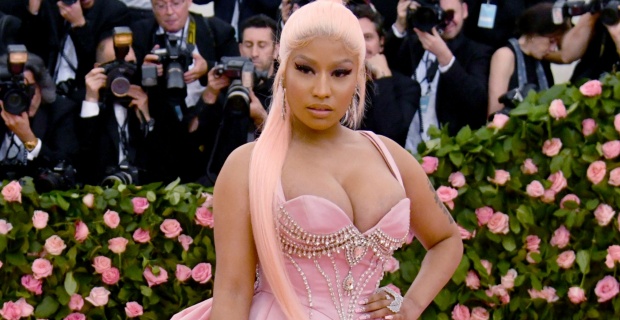 The rapper tweeted disinformation about side effects of the coronavirus vaccine - saying that when a friend of her cousin had the jab, his testicles swelled up and he became impotent.She claimed it happened in Trinidad.Health minister Terrence Deyalsingh said officials "take all claims seriously"."As we stand now, there is absolutely no reported side effect or adverse event of testicular swelling in Trinidad... and none that we know of anywhere in the world," he said in a press conference on Wednesday.Nicki made the claims on Twitter earlier this week. 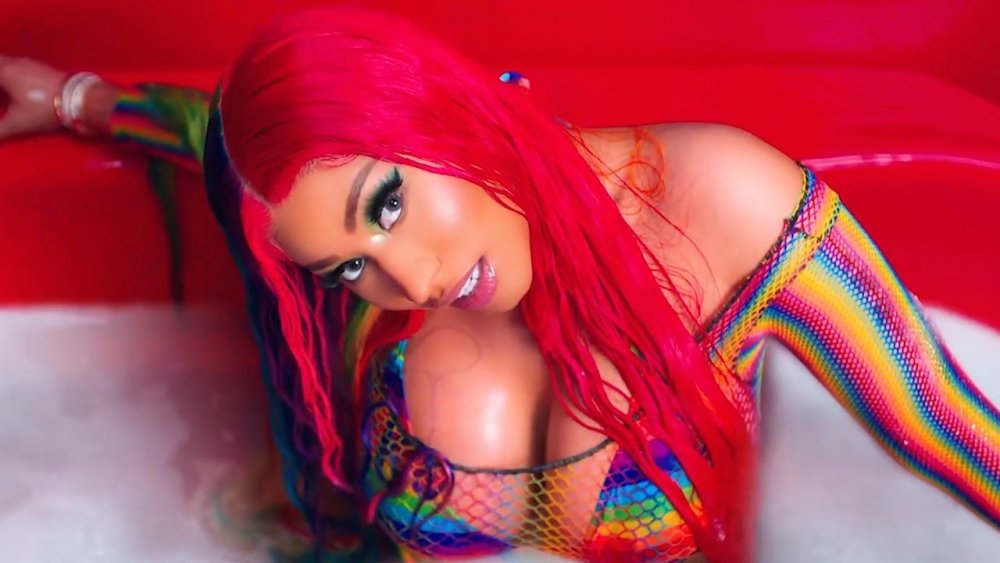 Many people have pointed out that the side effects Nicki described could be those of the sexually transmitted disease, chlamydia, and the state of her cousin's friend's testicles has since been retweeted nearly 90,000 times.It was brought up at a press conference with UK Prime Minister Boris Johnson.And if that's not enough, stick with this story to the end and BBC political editor Laura Kuenssberg, Piers Morgan and the health secretary get involved. 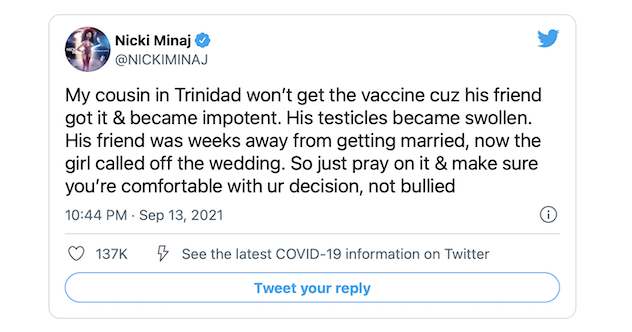 Things really escalated when Nicki and the swollen genitals were mentioned to England's chief medical officer, Professor Chris Whitty.Professor Whitty said that Nicki "should be ashamed" when asked about people spreading misinformation online and whether coronavirus might have caused her cousin's friend's testicles to swell."There are a number of myths that fly around," he said."Some of which are just clearly ridiculous and some of which are clearly designed just to scare."That happens to be one of them. That is untrue."

Keywords:
Nicki MinajTrinidad HealthCoronavirus Pandemic
Your comment has been forwarded to the administrator for approval.×
Warning! Will constitute a criminal offense, illegal, threatening, offensive, insulting and swearing, derogatory, defamatory, vulgar, pornographic, indecent, personality rights, damaging or similar nature in the nature of all kinds of financial content, legal, criminal and administrative responsibility for the content of the sender member / members are belong.
Related News