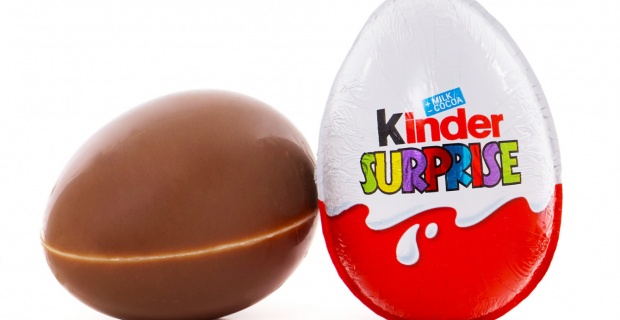 Some batches of Kinder Surprise eggs have been recalled in the UK over a link to salmonella, Britain’s Food Standards Agency (FSA) said Monday.

“This is in connection with a potential link to a salmonella outbreak. A number of these cases have been young children,” the FSA said in a statement, adding of the 57 cases that have been found, just over three quarters were among children aged five or below

“To reduce the risk of any further illness, consumers should not eat the products listed in the recall alert and they/the parent or guardians of children should follow the risk advice within it,” the statement said.

The move comes about two weeks before Christian observances of Easter, often involving chocolate eggs and other candy for children.

Ferrero, the Italian company that owns Kinder Surprise eggs, recalled some batches of the eggs as a precautionary measure after an investigation led by the UK Health Security Agency (HSA) found a link between reported cases of salmonella poisoning across Britain and the eggs.

Other products made by Ferrero are not thought to be affected.

Salmonella leads to symptoms such as diarrhea, stomach pains, nausea, vomiting and fever. Adults mostly heal within a few days, but young children are more vulnerable.

"Ferrero is co-operating with the UK Food Standards Agency and the Food Safety Authority of Ireland on a possible link to a number of reported cases of salmonella,” the company said in a statement.

"Although none of our Kinder products released to market have tested positive for salmonella and we have received no consumer complaints, we are taking this extremely seriously, as consumer care is our top priority."

Tina Potter, head of incidents at the FSA, said: “We welcome the precautionary approach being taken by Ferrero and are advising consumers not to eat any of the products listed in the FSA alert.”

“We know that these particular products are popular with young children, especially as Easter approaches, so we would urge parents and guardians of children to check if any products already in their home are affected by this recall.”

UKHSA Surveillance Lead Dr. Lesley Larkin said: “Salmonella can be spread from person to person, so anyone affected should adhere to good hygiene practice such as washing hands thoroughly after using the bathroom and avoiding handling food for others where possible, if you have symptoms.”

Keywords:
Kinder SurpriseSalmonella
Your comment has been forwarded to the administrator for approval.×
Warning! Will constitute a criminal offense, illegal, threatening, offensive, insulting and swearing, derogatory, defamatory, vulgar, pornographic, indecent, personality rights, damaging or similar nature in the nature of all kinds of financial content, legal, criminal and administrative responsibility for the content of the sender member / members are belong.
Related News