A national scrappage scheme must be funded by Government to help more Londoners, charities and businesses switch to cleaner vehicles, local London Assembly Member, Sem Moema AM, has urged. 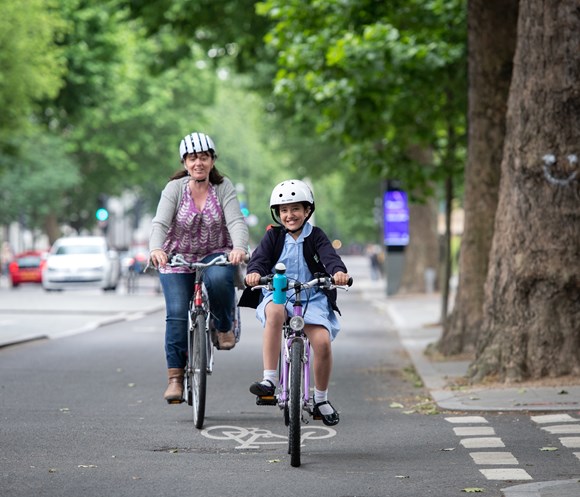 Marking Clean Air Day (Thursday 16th June), Ms Moema is also calling on Hackney residents to contribute to Transport for London (TfL)’s consultation into proposals to expand the Ultra Low Emission Zone (ULEZ) to cover the whole of Greater London next year.City Hall expects the expanded zone to cut harmful NOx emissions by nearly 10 per cent and PM2.5 exhaust emissions from cars in outer London by nearly 16 per cent. This will add to the 30 per cent reduction in road transport NOx emissions expected from the current ULEZ and tighter Low Emission Zone standards. Figures from a study conducted by Imperial College London indicate that in 2019, as an upper estimate, there were 96 deaths in Hackney attributable to exposure to PM 2.5 and NO2 air pollution generated by human activity. A report commissioned by TfL and the Greater London Authority (GLA) published in February 2020 predicts that the ULEZ and other City Hall-backed air quality measures will save the NHS £5 billion over the next three decades. These measures will also mean that almost 300,000 fewer Londoners will suffer diseases attributable to air pollution such as heart disease, lung cancer & dementia.The Mayor of London, Sadiq Khan, has allocated over £60 million so far to help Londoners and the capital’s charities and businesses scrap vehicles that do not meet stricter ULEZ emissions standards in exchange for money to go towards buying greener vehicles. This has supported the removal of over 15,000 of some of the most polluting vehicles from London’s roads.Owners of non-compliant vehicles face charges for driving in the ULEZ, but TfL estimates that this will impact less than 1 in 5 motorists across Greater London when the zone expands.The Mayor has now called upon the Government to add to the investment he has already put in and contribute around £180 million to a Londonwide scrappage scheme over three years.

Sadiq Khan has previously criticised Ministers for excluding London from the national Clean Air Fund, which other many cities have benefitted from.

“London’s toxic air poses a public health emergency for us all- contributing to an alarming number of premature deaths and preventable diseases in our borough each year and disproportionately harming the poorest communities. “Improving air quality takes bold action and this will include building upon the success of the current ULEZ and helping more Londoners, businesses and charities switch to less-polluting vehicles.“Whilst the ULEZ charge will only impact a minority of Londoners, I want to see more financial support from the Government to boost the scrappage schemes that the Mayor has already put in place.“I am also urging local people to contribute to TfL’s consultation into extending the ULEZ to cover Greater London, so it can be rolled out in a fair and informed way”.

Keywords:
Clean Air DayLondonersCharities And BusinessesSem Moema
Your comment has been forwarded to the administrator for approval.×
Warning! Will constitute a criminal offense, illegal, threatening, offensive, insulting and swearing, derogatory, defamatory, vulgar, pornographic, indecent, personality rights, damaging or similar nature in the nature of all kinds of financial content, legal, criminal and administrative responsibility for the content of the sender member / members are belong.
Related News