Explosion kills at least 10 in Hatay

An explosion in a fuel oil warehouse killed at least 10 people and injured nine in the southern Turkish province of Hatay on May 17, Hatay 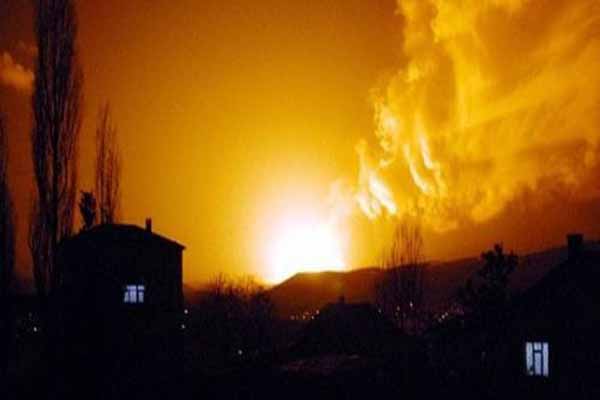 The explosion happened during a gendarmerie operation into a building under construction, which was allegedly being used as a illegal fuel oil warehouse in the Tanışma village of Hatay’s Altınözü district.  Anatolia News Agency said that the warehouse owner burned down the building, refusing to hand down the fuel oil.  Doğan News Agency quoted a witness saying that many of the victims of the explosion were construction workers.  Last week, twin explosions killed 52 people in bombed attacks in the Reyhanlı district of Hatay.