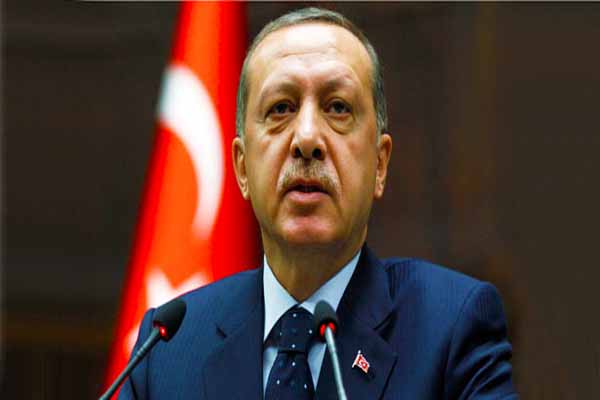 "There is the question of cyber bullying issue in the world. Cassette politics [illegal audio-visual records of political figures shared on the Internet] is one type of cyber bullying in Turkey. We are fighting it," said Erdogan. Erdogan also underlined that the amendment is targetting "the parallel state" structure and aims to prevent their sharing of recorded conversations on the Internet. Erdogan said a brand new process is set to begin in Cyprus and expressed hopes that it will succeed in solving the longstanding problem that divides the island.

He commented on the Cyprus peace talks, which are due to begin Tuesday, to resolve the decades long conflict in the Eastern Mediterranean island.

"I hope neither side will step back from the talks and the Cyprus conflict will finally be solved," Erdogan said.

The prime minister also said the new direction signalled by the resumption of the talks is a promising one.