Ukrainian Cinema Days in London will be presented by Igor Iankovskyi, the founder of the charity foundation Initiative for the Future, 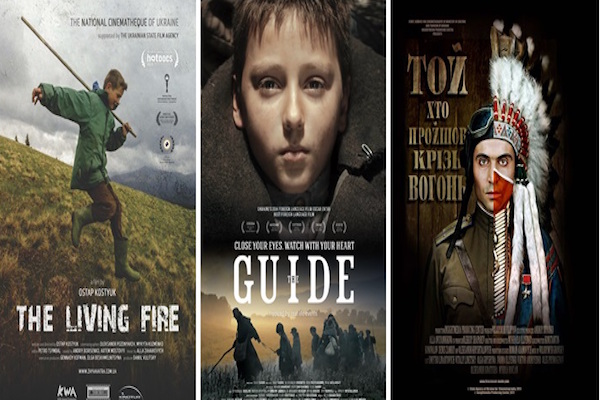 From the 10th to the 13th of December 2015, Ukrainian Cinema Days in London will present a selection of the best Ukrainian feature films, shorts and documentaries. Presented by the Igor Iankovskyi Charity Foundation, the world-renowned Kyiv Molodist International Film Festival and the Ukrainian State Film Agency, the event will take place at RichMix in Shoreditch. The festival opens with the remarkable documentary THE LIVING FIRE (2014), telling the story of the Ukrainian-Carpathian shepherds trying to keep alive their age-old traditions. The further programme will include the highly acclaimed feature film THE GUIDE (2014), depicting an American boy and a blind bard brought together by fate in the early 1930’s, the historical drama FIRECROSSER (2011) about a Ukrainian-born Soviet pilot, who is captured by the Nazis during WWII, becomes a GULAG prisoner and then an Indian chief in Canada, the musical comedy TRUMPETER (2014) and a selection of the best SHORT FILMS of the 45th Molodist festival (2015) that will show you many different pictures of contemporary Ukraine.

The programme will also include WHITE BIRD WITH A BLACK MARK (1971), a masterpiece of the Ukrainian poetic cinema, widely considered to be one of the most important works within the Ukrainian film canon.

"I'm thrilled that London gains the opportunity to see some of Ukraine's finest films of recent years this winter. A privilege to experience such diverse Ukrainian stories at a time when the images we receive through the media often appear one-dimensional." Josephine Burton, Dash Arts Artistic Director

Ukrainian Cinema Days in London will be presented by Igor Iankovskyi, the founder of the charity foundation Initiative for the Future, representatives of the Molodist International Film Festival, along with directors and actors of the screened films. More information can be found at dasharts.org.uk and ukrainianlondon.co.uk.

Most of the screenings and film discussions will take place at RichMix, 35-47 Bethnal Green Road, London, E1 6LA. Tickets are available at http://www.richmix.org.uk/whats-on/festival/ukrainian-cinema-days-in-london/ .