Ekin-Su Culculoglu and Davide Sanclimenti, the winners of Love Island.Ekin-Su and Davide, both 27, will share the £50,000 prize money 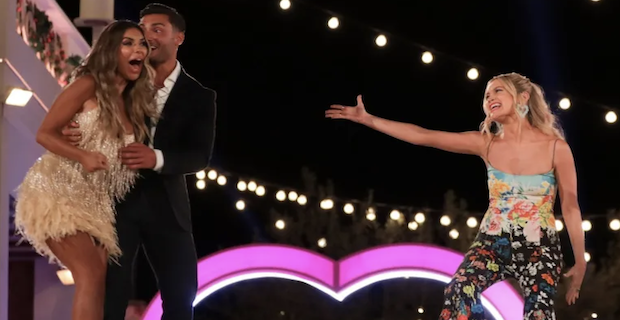 Ekin-Su and Davide have been crowned the winners of Love Island, winning the show's £50,000 prize money.The pair, both 27, said they "couldn't believe" they'd won, describing their time on the show as a "dream".Ekin-Su Culculoglu is an actress and model from Essex, while business owner Davide Sanclimenti is from Rome, Italy.During an ad break, ITV2 played a trailer for Big Brother, confirming rumours that the reality show will be revived on the channel in 2023.'Crazy and romantic'Presenter Laura Whitmore announced Ekin-Su and Davide as the winners of the hugely successful ITV2 dating show during Monday's live final.The couple will share the £50,000 prize money. A previous show tradition, which gave one member of the couple the chance to "steal" the jackpot for themselves, was dropped this year.Speaking to Whitmore earlier in the episode, Davide said it was "100% a dream to be here with her [Ekin-Su]".

Ekin-Su said: "It feels so surreal, finding the man of your dreams and just growing, I'm lost for words."
She described her relationship with Davide as "absolutely bonkers, crazy, romantic and fun". 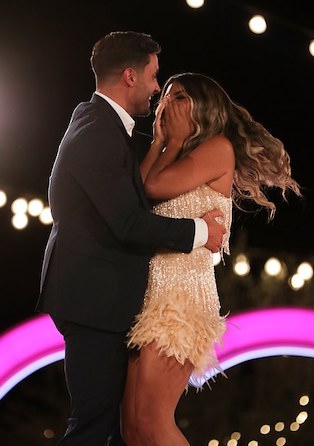 Gemma and Luca were named the runners-up, while the the third-placed couple was Indiyah and Dami.Tasha, the show's first deaf contestant, and her partner Andrew, finished in fourth place.Laura Whitmore hosted the final live at the villa in Mallorca.Reflecting on their journey, Ekin-Su said: "There was an instant spark, a genuine butterfly feeling, and there was a caring and intelligent side I was really attracted to."Davide, who was originally coupled up with Gemma, added: "As soon as I saw her [Ekin-Su], my head turned, I was like 'wow'. There was initial attraction."
The couple's win was welcomed by viewers on Twitter, with journalist Monifa Bobb-Simon writing: "Ekin-Su really carried this show. Her and Davide's mess was a chaotic masterpiece. The right winners." 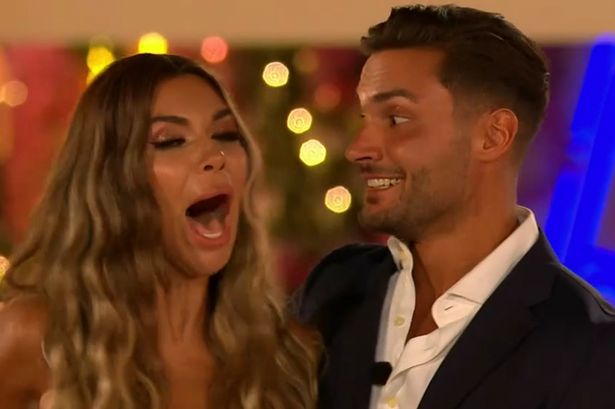 Author Toni Toni said: "Our Turkish Delight and her Italian Stallion are so deserving! TV gold! This season should be renamed Ekin-Su Island because it would have been dry without her!"

Writer Chanté Joseph described Ekin-Su as the "people's princess", while radio presenter Yasmin Evans added: "This is Ekin-Su's world and we just live in it."

Blogger Em Sheldon tweeted: "Ekin-Su and Davide are proof that we want to see islanders over the age of 25 fall in love too please."

And in an article published ahead of the final, Lucy Thackray of the Independent described Ekin-Su as "the greatest Love Island contestant of all time".
Earlier in Monday's final episode, the islanders were seen taking part in a salsa lesson with professional dancers, who taught them some Latin moves ahead of the Love Island summer ball.
At the ball, the couples read letters to one another about their journey throughout the series, before showing off their dance routines and finally jumping into the Mallorca villa's swimming pool.
This series of the ITV2 dating show has been popular with viewers, with most episodes attracting an audience of more than three million. 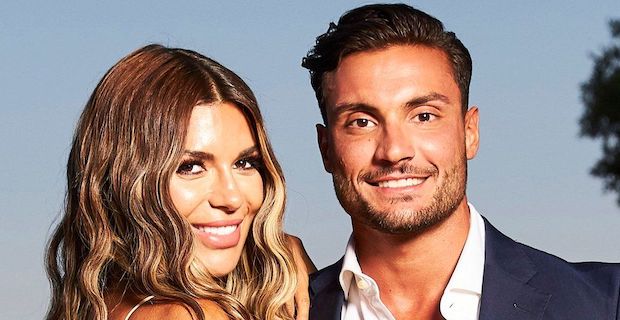 Also on Monday, ITV confirmed that reality show Big Brother, which has previously aired on Channel 4 and Channel 5, will be rebooted for a new series in 2023.The show's former host, Rylan Clark, tweeted an image of the ITV2 logo in the shape of the Big Brother eye, adding: "He was always watching… It's coming home #BBUK".In a statement, ITV said the "global television phenomenon" would make its "much anticipated return to UK television and moves onto ITV2 and ITVX from 2023"."A new cast of carefully selected housemates, from all walks of life, will take up residence in the world's most famous reality TV home for up to six weeks, with cameras capturing their every move, and the nation following every twist and turn."

Keywords:
Ekin Su And DavideEkin SuLove Island 2022 WinnersEkin Su CülcüloğluDavide SanclimentiWinners Of Love Island
Your comment has been forwarded to the administrator for approval.×
Warning! Will constitute a criminal offense, illegal, threatening, offensive, insulting and swearing, derogatory, defamatory, vulgar, pornographic, indecent, personality rights, damaging or similar nature in the nature of all kinds of financial content, legal, criminal and administrative responsibility for the content of the sender member / members are belong.
Related News