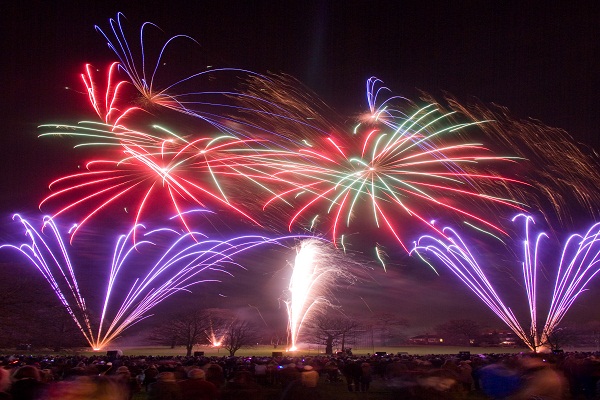 2012 has been an amazing year for Waltham Forest, beginning with a visit from Her Majesty the Queen and culminating with the sporting splendour of the Olympic and Paralympic Games.

Along the way we’ve held a string of stunning events to help you celebrate the Olympic Year and say ‘thank you’ for bearing with us during the disruption. Some 55,000 of you enjoyed our Winter Wonderland, danced up a storm at Party on the Pitch or Urban Classic, tried out a new sport of two at Festival of Sport and sat back to enjoy your cinematic faves at Forest Film Fest. In addition to this, hundreds more local people held or attended an Olympic-themed street party, many of which were paid for by the Council through its Community Ward Forums.

While we know 2012’s not quite over yet, we nevertheless want to help you round off the Olympic Year - and our Big 6 celebrations with - a BANG! by inviting you to our Fantastic Fireworks celebration on Monday 5 November.

This year’s event will be free as part of our pledge to make the most of the Olympic year, so come along with your friends, family and neighbours to enjoy the spectacle.

“I don’t think local people could have asked more from a truly stunning year,” said Council Leader Chris Robbins. “Whether they were watching the Games on the Big Screen, hosting street parties or taking part in the opening ceremony I think almost every single person living in Waltham Forest will have something to remember 2012 by, and that’s what we always wanted.

“Our fireworks event is always enjoyed by thousands, and as a final thank you to resident for their patience and support throughout 2012 this year’s event will be free.”

The Fantastic Fireworks event will be held at Chestnut Fields, which is behind Waltham Forest Town Hall (Forest Road, Walthamstow E17 4JF). Gates open at 5pm and the fireworks begin at 8pm. Admission is free.