The latest film from multi-award winning director Hüseyin Karabey is a gripping tale of faith, hope and integrity. Hosted by Taste of Anatolia, Films from Turkey and Balik Arts 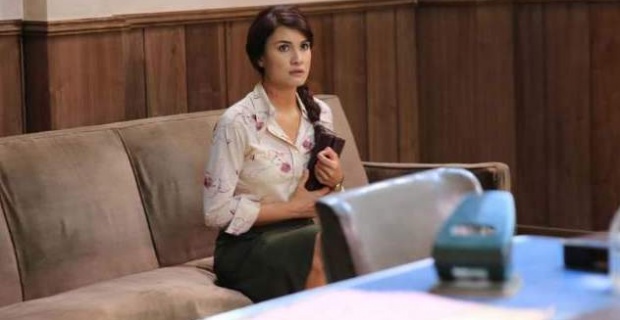 The latest film from multi-award winning director Hüseyin Karabey is a gripping tale of faith, hope and integrity. INSIDERS has won a number of major awards at international festivals, including two for Gizem Erman Soysaldı as Best Actress at the Adana and Nuremberg film festivals. A teacher, who had been imprisoned for the past 6 months for no apparent reason, is told that that his wife will be allowed to visit him even though conjugal visits are prohibited. The sceptical teacher continually asks why they would allow this. The commissioner says "out of human decency", but the real motive is one final attempt to make him talk...

Hüseyin Karabey is a graduate of the Cinema-TV department Marmara University . Karabey is committed to making independent films that tell fresh and first-hand stories from his region. His documentary films and films have been selected for festivals worldwide and have collected numerous awards. Hisdebut film was selected for 37th Rotterdam International Film Festival and had its North American premiere at the 6th New York Tribeca International Film where it won Best Director Award. His last movie COME TO MY VOICE had its world premiere in Berlinale 2014, and won many awards including Best Film in Mar Del Plata Film Festival Argentina and the Best Balkan film at the Sofia Film Festival.

The film is subtitled.

Keywords:
Taste Of AnatoliaFilms From TurkeyBalik ArtsInsidersİçerdekiler
Your comment has been forwarded to the administrator for approval.×
Warning! Will constitute a criminal offense, illegal, threatening, offensive, insulting and swearing, derogatory, defamatory, vulgar, pornographic, indecent, personality rights, damaging or similar nature in the nature of all kinds of financial content, legal, criminal and administrative responsibility for the content of the sender member / members are belong.
Related News