Taste of Anatolia Films from Turkey, will commence on 5 November

Taste of Anatolia – Films from Turkey 2022: Cambridge and London venues to jointly host this year’s programme 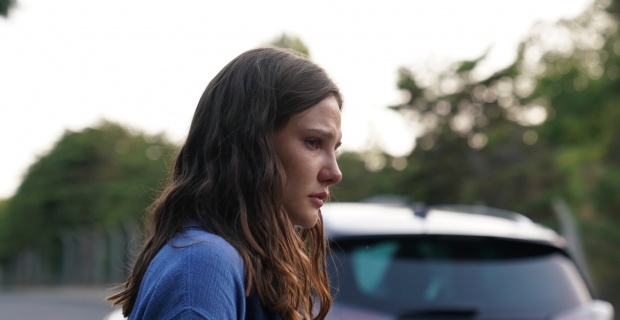 The fourth edition of the UK’s only independent Turkish film festival, Taste of Anatolia – Films from Turkey (TOA), will commence on 5 November and run until 11 November 2022. For the first time, screenings for this week-long event will extend from TOA’s home city of Cambridge to London, as well as continuing online, allowing even more people across Britain to enjoy new cinema from Türkiye.

This year’s TOA programme lists 38 star-studded movies. Ten of these are feature-length films and 28 shorts, with five of the 38 films documentaries. The selection includes both prominent and upcoming Turkish directors tackling a myriad of themes, such as anti-war, religiosity, and a heist thriller using a blend of comic book and live-action drama.
Many of the films will be enjoying their UK premieres, among them the award-winning Bembeyaz / Pure White, screening at Dalston’s Rio Cinema on 9 November. The film is the debut feature of Necip Çağan Özdemir. Showing at both the Rio (10/11) and Cambridge’s Old Divinity School (06/11) is Ceviz Ağacı / Silenced Tree, written, produced and directed by Faysal Soysal, who will be in attendance. Another making its UK premiere is critically acclaimed family drama Çatlak / Fractured, director Fikret Reyhan’s follow-up feature to his award-winning film Yellow Heat. The film will be screening at Old Divinity School (06/11) and Artlens (08/11), London.

One of TOA 2022’s headline movies is Klondike, a multiple award-winning Ukrainian-Turkish production directed by Maryna Er Gorbach. The film centres on a family in the Donetsk region of Eastern Ukraine whose world is violently disrupted by the crash of flight MH17 in 2014 and the events that follow. The film travels to Cambridge’s Arts Picturehouse (08/11) following screenings at prestigious festivals such as Sundance, and the London, Berlin, and Istanbul Film Festivals.

Netflix’s hit series ‘The Club’ actor Salih Bademci and Nur Fettahoğlu, who came to global fame as the haseki (consort) of the Ottoman Sultan in Turkish period drama ‘Magnificent Century’, are among those starring in the festival’s top picks.

Other highlights from Taste of Anatolia – Films from Turkey 2022 include:

After two difficult years due to the coronavirus pandemic, TOA enthusiastically welcomes back audiences with theatre screenings in diverse venues in and around two cities. For Cambridge, TOA films will be showing at the Arts Picturehouse, Old Divinity School in St John’s College, Christ’s College, and Gardiner Memorial Hall in Burwell Village. TOA screening venues for London are Rio Cinema in Dalston, and Hackney’s Artlens.

This year’s TOA 2022 festival pass costs just £5, and allows you to watch all online screenings and all films being shown at Cambridge University colleges. Festival passes can be purchased from Balık Arts’ online platform www.balikartstv.com. For all other TOA theatrical screenings, tickets are available direct from the cinemas.
TOA is organised by film charity Balık Arts, as part of its aim to offer young people direct experience of all aspects of film making and film festival management. TOA also hosts “Film Beyond Borders”, a transnational project funded by Erasmus+ and led by Balık Arts in the UK. This leg of the project will allow members of youth groups in Italy and Türkiye to travel to the UK to help run the TOA festival, and to attend event planning workshops.

About Taste of Anatolia – Films from Turkey

The festival was launched in 2018 to create a strong British public platform that promotes new cinema from Türkiye. Reaching beyond the UK’s Turkish speaking community that is concentrated in London, this Cambridge-based film festival aims to diversify the scope of world cinema available to UK audiences and to promote a collective communal experience, which will also stimulate healthy debate and discussion between viewers. Part of TOA’s mission is to advance employment opportunities for young people with an interest in film and film events through training and volunteering opportunities in areas such as programming, marketing, fundraising, hospitality, and screenings.
For the full festival programme and images, please see the electronic press kit.

Balık Arts is a British film charity established in 1999. Initially its work focussed on helping young people from Turkish, Kurdish and Cypriot communities to integrate into Britain. Over the past decade, its work has evolved to incorporate transnational exchanges and cultural projects for people of all backgrounds and ages, including Actors for Change (Bodrum), Reel Skills (Bodrum), Film With A View (Datça, Turkey), Music Beyond Borders (Istanbul and Cambridge), and Back to the Roots, Back to Your Origins – a transnational film recycling project held in London, Berlin, Paris and Datça/Muğla.

Keywords:
Taste Of Anatolia – Films From Turkey 2022Taste Of AnatoliaFilms From Turkey 2022CambridgeCambridge TurkLondonLondon TurkCambridge And London
Your comment has been forwarded to the administrator for approval.×
Warning! Will constitute a criminal offense, illegal, threatening, offensive, insulting and swearing, derogatory, defamatory, vulgar, pornographic, indecent, personality rights, damaging or similar nature in the nature of all kinds of financial content, legal, criminal and administrative responsibility for the content of the sender member / members are belong.
Related News