Raised by Wolves was a bloody mess 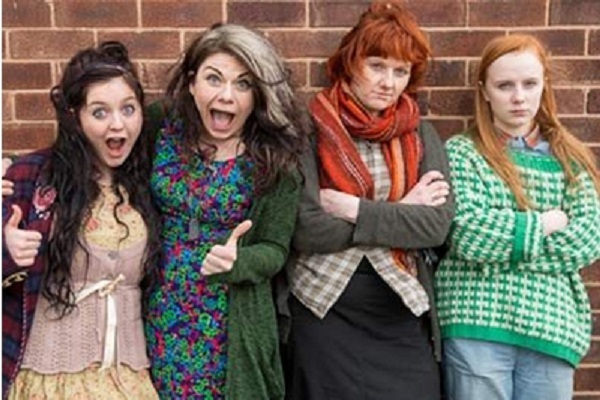 Raised by Wolves is based on Moran's childhood in Wolverhampton, where she lived in a council house with seven siblings, and was home-schooled by her eccentric family. The sitcom is set in the present day but set to a near-constant 1980s pop soundtrack. It's traditional in a TV review to briefly summarise the plot here, but there wasn't one. Germaine has a crush. The family go foraging. Yoko gets her period. There's a randy grandfather. Lack of plot doesn't matter as long as there are absorbing characters but, apart from the mother, Della, there were none. Each daughter in the family was a clumsy stereotype: Germaine was the loud one; Aretha the clever one, Yoko the shy one and the mother, Della, was the feisty one. Men are also represented by stereotypes, being either sex-crazed or bullies. (www.heraldscotland.com)