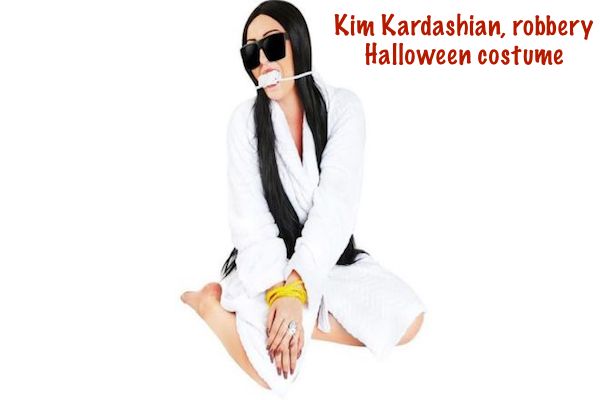 An online retailer has withdrawn a Halloween costume inspired by Kim Kardashian West's recent robbery ordeal, following a backlash. The Parisian Heist Robbery Victim Costume Kit does not name the 35-year-old social media personality. But it features a Kardashian lookalike dressed in a white robe and sporting a giant ring. She was tied up by gun-wielding robbers who broke into a hotel flat in the French capital this month, police say. The robbers made off with jewellery worth about $10m (£8m), including a sparkler that she displayed on her Snapchat account before the heist.

The costume description said: "She has devoted her life to promoting American decadence, youth, and hedonism but all that flashy living caught up with her one night in Paris when armed men bound her, stole her jewelry and her peace of mind." The $70 (£57) outfit also featured a black wig, black sunglasses, a fake gag and a length of rope. Johnathon Weeks, founder of online retailer Costumeish, told Time Magazine that Kardashian West was not mentioned by name for legal reasons. "It'll make people either cringe or laugh," he said, adding that the outfit was intended to provoke a strong response from customers.