Zeki Kilinc confirmed he filed the criminal complaint against US officers

Turkey accuses FETO, which is led by U.S.-based Fetullah Gulen, 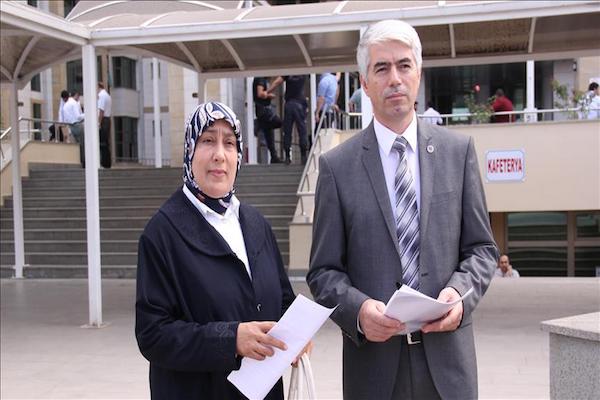 Zeki Kilinc, father of martyr Muhammet Oguz Kilinc, came to Antalya court house Tuesday and confirmed he filed the criminal complaint.Kilinc, who said his family were in contact with other families of martyred citizens, said "betrayers to Turkey are currently living in the United States and protected by certain powers". "I believe that other families of martyrs will file criminal complaints as well," said Kilinc. "We all know that FETO [Fetullah Terrorist Organization] is a terrorist group and we want the necessary steps to be taken."

After it was discovered that Turkish forces at Incirlik were involved in the coup, the authorities cut electricity to the base.

The U.S. then launched aircraft from the base using an internal power system until commercial electricity was restored.

Turkey accuses FETO, which is led by U.S.-based Fetullah Gulen, of organizing the defeated coup as well as a long-running campaign to overthrow the state through the infiltration of Turkish institutions, particularly the military, police and judiciary.