What happened at the Bafta TV awards backstage

The Bafta awards are over for another year, with BBC shows Happy Valley and Damilola, Our Loved Boy winning two awards each. 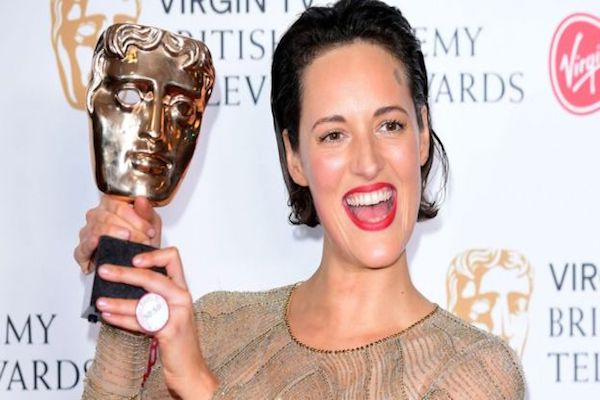 But Netflix's lavish royal drama The Crown left empty handed even though it had the most most nominations. "I am not going to be the first female Doctor," said Phoebe Waller-Bridge after winning the prize for best female comedy performance. "Not that I know of." The Fleabag star had been the bookies' favourite to take over the lead role in Doctor Who after Peter Capaldi bows out. But speaking after her Bafta win she seemed to settle the rumours once and for all. The actress, who has a role in the untitled Han Solo Star Wars spin-off, admitted she hadn't even started writing series two of Fleabag. "I had an idea on a bus and I thought I might be able to open it up again," she said. "It's galvanizing because you feel like there's something that resonates with people."