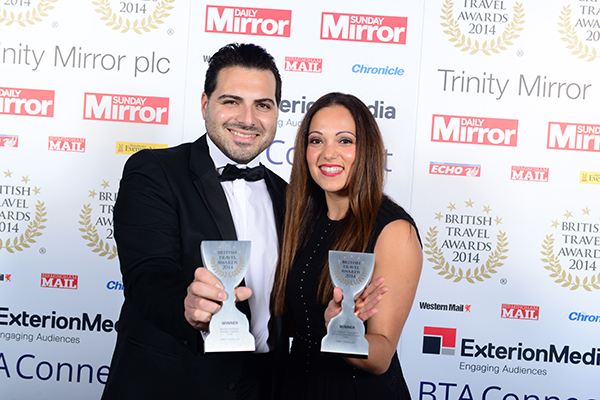 AVRUPA TIMES/LONDON-The awards are considered one of the most significant indicators of travel industry performance and customer satisfaction, and are voted for by the general public as well as peers. A gala awards ceremony took place in London on 25th November 2015, hosted by comedian Hal Cruttenden. Cyprus Paradise was named ‘Best Small Holiday Company to East and Southeast Europe’, whilst Direct Traveller won the silver award in the same category. Meanwhile, the Discovery Collection was awarded bronze in the ‘Best Special Interest Holiday Company’ section.

Speaking of North Cyprus’ success on the night, tourism co-ordinator for the North Cyprus Tourism Centre, Kadir Doruhan, said: “We would like to offer our congratulations to Cyprus Paradise, Direct Traveller and the Discovery Collection. It is a huge honour for these specialists to be recognised at the British Travel Awards, the travel industry’s answer to The Oscars,” he continued. “We are proud of the efforts of North Cyprus tour operators, all of whom work tirelessly to promote the destination.”