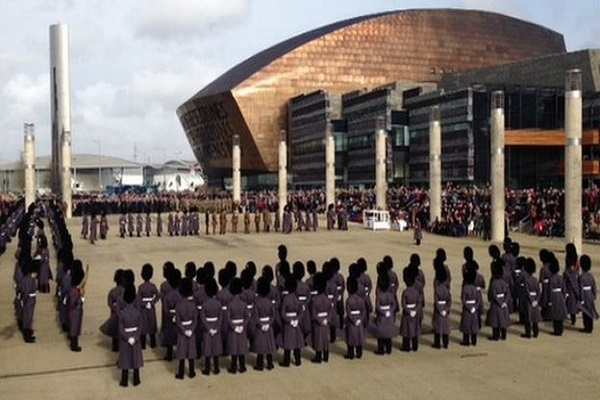 In Cardiff, thousands of people watched the national St David's Day celebrations. Meanwhile, the Welsh Guards celebrated 100 years of the regiment with a parade in Cardiff Bay.

Cardiff Castle has also held a free day of Welsh music and entertainment.

In Pwllheli, Gwynedd, the parade had a Patagonia theme to mark 150 years of the Welsh colony in South America.

Two horses took part, with some marchers wearing ponchos and others carrying the Argentinean flag.

Speaking about the Cardiff parade, Major General Robert Talbot Rice, of 1st Battalion Welsh Guards, said: "For us it's a real delight to be in Cardiff on such a special day and during what is a truly significant year for us.