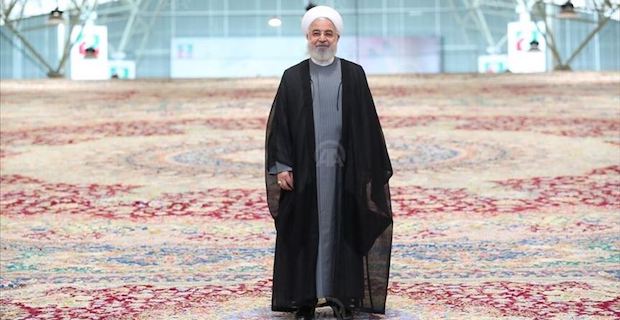 Iran’s President Hassan Rouhani introduced the world's largest handwoven carpet Thursday at the opening of the Tabriz International Carpet Fair.  According to local media, 70 different dyes were used for the 600-square-meter carpet, which weighs three tons.

The carpet, which took six years to complete, will be on display at the fair, which runs until Aug. 4 in Tabriz, the capital city of northwestern Iran’s East Azerbaijan province.

Keywords:
World Largest CarpetTabriz International Carpet FairHassan Rouhani
Your comment has been forwarded to the administrator for approval.×
Warning! Will constitute a criminal offense, illegal, threatening, offensive, insulting and swearing, derogatory, defamatory, vulgar, pornographic, indecent, personality rights, damaging or similar nature in the nature of all kinds of financial content, legal, criminal and administrative responsibility for the content of the sender member / members are belong.
Related News