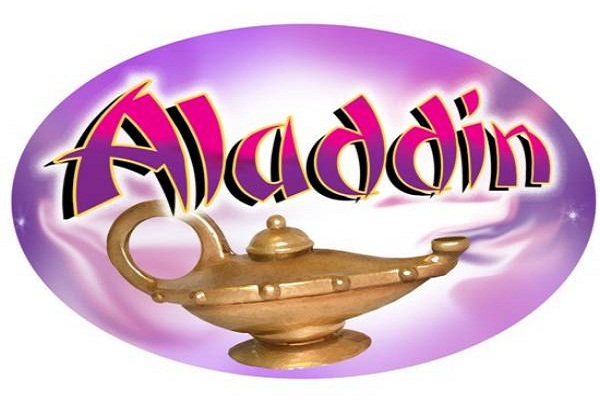 Above the Stage Theatre (ATS), who formerly resided in Victoria, will this year produce its hugely popular adult pantomime at the Landor Theatre in Clapham, as the company enters negotiations for a new venue set to open in 2013. Get Aladdin is written by Jon Bradfield and Martin Hooper, the team behind ATS’ last four pantomimes, and directed by Andrew Beckett. It will run between Friday 7 December and Sunday 6 January.

Street-thief Aladdin and his widowed (‘single but experienced’) mum flee their Chinese laundry in Clapham and stow away to the ancient, badly-researched Chinese province of Hao Hung, after they stumble upon a dangerous magic lamp. Pursued by the evil Abanazer and a hapless Scotland Yard detective on secondment from G4S they find themselves embroiled in a battle of love and wits with the Emperor, his gay hot-geek son, and a lascivious genie (you’ve got to rub her the right way).

ATS’ pantomimes are strictly for adults only, but feature all the popular ingredients with songs, comedy, straight and gay love stories, a dame, audience participation and more.  Jon Bradfield and Martin Hooper’s previous pantomimes for ATS include Sleeping Beauty - One Little Prick, Robin Hood - Queen of Thieves and Dick Whittington - Another Dick in City Hall, as well as Gay School Musical. Their new play, A Hard Rain, about a drag queen and former soldier in the build-up to the Stonewall Riots, will be produced by Above The Stag next year.

Andrew Beckett, previously seen on stage at ATS in Sleeping with Straight Men and My Big Gay Italian Wedding, now makes his ATS directing debut.  Directing experience includes Artistic Director of Bristol based BPAC for 5 years, Bristol’s Park Theatre and a special 200 strong showcase for Her Majesty The Queen. He is supported by designer David Shields whose ATS credits include pantos, plays and musicals.  He also designed Saturday Night Fever in the West End (Apollo Victoria) and tours of Strictly Come Dancing, Chess, Carmen Jones and Holiday on Ice.

Peter Bull for Above the Stage Theatre (ATS) Present

By Jon Bradfield and Martin Hooper