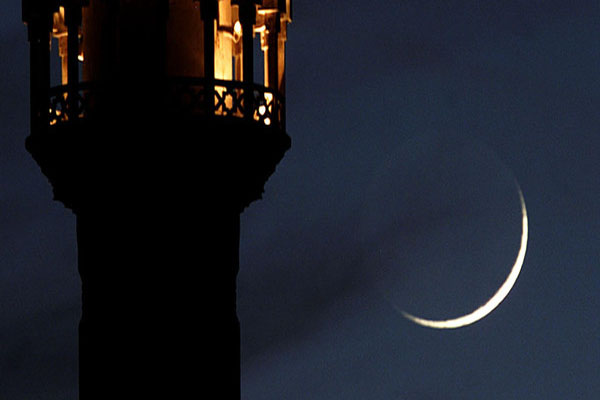 CAIRO (AA) – Only Nigeria celebrated Eid on Sunday after Sultan of Sokoto Abubakar Sa'ad II announced the end of Ramadan late Saturday, amid confusion about the start of the Muslim feast. Five countries – Oman, Morocco, Gabon, Tanzania and Azerbaijan - have so far announced that Eid al-Fitr will start on Tuesday. India, Pakistan and Bangladesh will make announcements on Eid start on Monday. But according to Anadolu Agency correspondents, Muslims in at least 100 countries will celebrate Eid Monday. "Today the moon has been sighted and it is confirmed that Eid al-Fitr will be observed tomorrow," Sheikh Hussein Rajab Kakooza, the Uganda Muslim Supreme Council's Director for Sharia, told AA. "We have fasted for 29 days but now Allah has brought us to the end of the holy month of Ramadan," he said. In Kenya, the country's Chief Kadhi (Muslim judge) Ahmed al-Muhdhar announced the sighting of the new moon in the East African country. "The committee made up of Muslim scholars interviewed three people from Kwale county who claimed to have sighted the moon and we were convinced," he told AA in Swahili. "So I announce that tomorrow, Monday, is the first day of Shawwal. I wish all the Muslims in Kenya a happy Eid," added Muhdhar. The Kenya constitution mandates the Chief Kadhi, a government judicial official, to announce the beginning and end of the Muslim month of Ramadan. The government has earlier announced Tuesday to be a public holiday for all Kenyans to mark Eid al-Fitr South African Muslims, for their part, will also celebrate Eid al-Fitr on Monday.
"The moon has just been sighted. Eid will be tomorrow," Moulana Ebrahim Bham, Secretary General of the Jamiatul Ulama South Africa, told AA.
The Islamic Council of Zambia (ICZ) also announced the end of the holy fasting month of Ramadan.
"Muslims will be expected to gather early morning for prayers before they could go for cerebrations, which will take place for some at the mosque while others in their homes," Sheikh Adam Judas Phiri, ICZ national coordinator, told a press conference in the capital Lusaka.
Muslims in neighboring Zimbabwe will also be celebrating the religious festival on Monday. Asafa Chande, the chairperson of the League of Muslim Graduates, confirmed the sighting of the new moon.
"Eid will start tomorrow," he told AA.
Muslims in Liberia, for their part, will join millions of fellow Muslims in celebrating the Eid on Monday.
The announcement was made following a meeting held in the capital Monrovia comprising members of the  National Muslim Council of Liberia, scholars and imams.
"What we will be doing is that each family head will contribute six cups of rice -Liberia's stable food and identify with the less fortunate in their various communities," Sheikh Kafumba Konneh, Chairman of the National Muslim Council of Liberia, told AA.
He said the day will also see a special prayer service for the nation amidst the deadly Ebola virus outbreak.
The office of Ghana's National Chief Imam Sheikh Usman Nuhu Sharubutu has announced that Ghanaian Muslims will celebrate Eid al-Fitr on Monday.
"Tomorrow, we will converge on the Independence Square in Accra for the Eid prayers to be led by National Chief Imam Sheikh Sharubutu," Ahmed Nii Nortey Caeser, a public relations officer for the imam, told AA on Sunday.
He explained that since "the moon has not been sighted, today marks exactly 30 days since we began our fast and so we will break tomorrow."
Ghanaian Muslims began the holy fasting month on June 28.
Monday has been declared a national holiday by the Interior Ministry to allow Muslims to enjoy their religious festival.
Like every year, the president, who is not a Muslim, will attend the ceremony along with senior government officials.
The Ethiopian Islamic Affairs Supreme Council, meanwhile, announced that Eid will be celebrated Monday.
"Eid is a joyous day on which Muslims celebrate the end of the holy month of Ramadan with giving, forgiving and reflecting on the religious teachings," said Council President Sheikh Kiar Mohammed.
Muslims are expected to flock to the Addis Ababa Stadium for Eid prayers.
In Gambia, the head of the Supreme Islamic Council Momodou Lamin Touray announced that Muslims will celebrate Eid on Monday.
South Sudan's Islamic Council also announced the end of the holy fasting month of Ramadan.
The council's secretary general Al-Tahir Bior said Eid prayers will be performed at 7:00am.
Muslims in Rwanda will celebrate Eid on Monday, according to the country's Mufti Kayitare Ibrahim.
"We sighted the moon on Sunday so we shall be celebrating our Eid tomorrow," Mufti Ibrahim told AA by phone from the capital Kigali.
He said a mass Eid prayer will be held at Nyamirambo stadium at 7:30am local time.
Authorities in Saudi Arabia, Egypt, Yemen, Qatar, the United Arab Emirates, Kuwait, Bahrain, Sudan, Palestine, Tunisia, Algeria, Syria, Iraqi Sunnis, Jordan, Yemen, Lebanon, Somalia and Libya confirmed Monday as the start of Eid.
Muslim representation bodies in Ivory Coast, the Central African Republic, Burkina Faso, Democratic Republic of Congo, Niger, Congo, the Republic of Guinea, Mozambique and Mauritania also declared Monday as the start of the Muslim religious festival.
Eid will also start Monday in Turkey, Turkish Republic of Northern Cyprus, Austria, Ukraine, Italy, Bosnia, Croatia, Slovenia, Serbia, Sandžak region, Canary Islands, Belgium, France, Ireland, Britain, Germany, Switzerland, Denmark and Russia.
The top Islamic bodies in Japan, Indonesia, Malaysia, South Korea, Singapore and Sri Lanka also declared Monday to be the first day of the feast.
Meanwhile, Muslims in the U.S., Canada, Brazil, Argentina, Bolivia, Mexico, Chile, Colombia, Costa Rica, Cuba, Dominican Republic, Ecuador, Salvador, Guatemala, Honduras, Nicaragua, Panama, Paraguay, Peru, Uruguay, Venezuela, Antigua and Barbuda, Bahamas, Barbados, Belize, Dominica, Grenada, Guyana, Jamaica, Saint Lucia, Saint Kitts and Nevis, Trinidad and Tobago, Saint Vincent and the Grenadines, Haiti, and Suriname will also celebrate Eid on Monday.
Muslims in New Zeland and Fiji will also do the same.