BaBa ZuLa at the Jazz Cafe this Saturday

BaBa ZuLa, the legendary ensemble from Istanbul, have brilliantly established themselves over the past two decades as the missing link between Turkish Psych, Krautrock and dub-wise stylings. Live in the UK this Saturday, 2 November 2019, at the Jazz Cafe, London 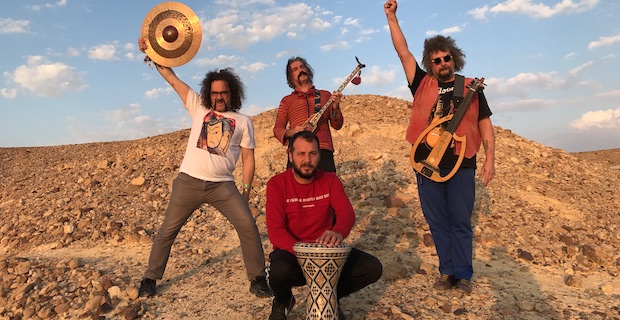 Their new album ‘Derin Derin’ (out now on Glitterbeat) is the thrilling follow-up to their acclaimed retrospective XX’ and finds the band more experimental and expansive than ever. Art is a way to keep sane in the dark times, to fight, to grasp at life. For Turkey’s BaBa ZuLa, art is their existence. It’s part of everything the band does. As band founder and electric saz player Osman Murat Ertel explains: “Art is our language. We’re an art group.” And on ‘Derin Derin’, their first studio album in five years, they create their art with beautiful eloquence and stinging passion. It takes wing and soars high.

And that’s perhaps as it should be; the instrumental portion of the disc grew out of music BaBa ZuLa were asked to record for a documentary about falcons.

“We learned a lot about the birds while we were making the soundtrack,” Ertel explains. “After we’d completed it, we began to think about new layers and elements we could add.” So it grew, little by little, drawing together the elements that have been the heart of the band’s sound throughout its existence: the rich wildness of Turkish psychedelia and the blinding, pure emotion that runs through traditional Anatolian music, tempered with the constant musical questing of the band’s inspiration, Krautrock pioneers Can, and the electro-dub experiments BaBa ZuLa has undertaken with producer Mad Professor. It’s an utterly 21st century sound, where the voices are sometimes submerged, sometimes screaming loud to breaking through the noise. ‘Derin Derin’ is music for our dangerous times. But, as Ertel notes, “Culture is danger.” 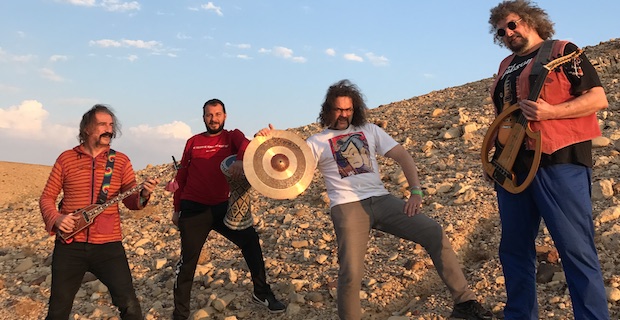 Any band becomes like a family, especially one that’s been together for more than two decades, but the sense of family took on deeper overtones for the songs here. Ertel and his wife composed one of the pieces, and most of the words to “U Are the Swing” came from his young son.

“We were at the park and I was pushing him on a swing. He started singing the words to me. I was crying with happiness, it was such a strong experience for me. I tried to get down everything he sang, and later I added more.”

It’s a track that carries particularly profound echoes of Can’s late drummer, Jaki Liebezeit. The drum part was played by Ertel’s children on a kit Liebezeit himself had modified, and Liebezeit sat in with BaBa ZuLa on many occasions. 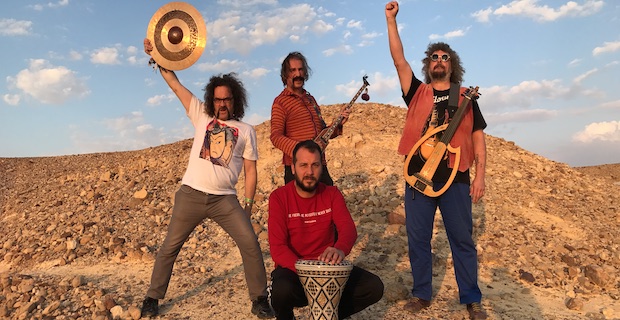 “After losing him, I understood just how big an influence he was,” Ertel recalls. “He was like a mentor without even realising it, and he could play those Turkish rhythms excellently.”

Those rhythms form the bedrock of BaBa ZuLa’s sound, just as they were the foundation of the early Turkish psychedelia of the 1960s and ‘70s that has been a lifelong influence on Ertel.

“The early 45s were mostly traditional songs covered by the bands. It was wild and electric, but it kept the link to the past. Those were the records I asked my family to buy, the ones I grew up with, alongside artists like Miriam Makeba, Harry Belafonte, and the Red Army choir.”

Psychedelia seeped into his soul and helped to frame his vision for BaBa ZuLa when he formed the band in 1996. And throughout their existence, they’ve kept their unique mix of electric saz and electric oud to give that double fretboard attack that’s so markedly not Western. 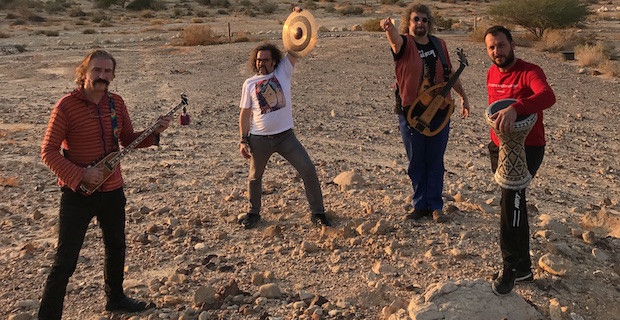 “Both instruments are electrified,” Ertel explains, “but that’s all they have in common. They belong to different cultures. The oud is Middle Eastern and classical while the saz comes from Turkish folk music. Nobody else has ever mixed electrified versions of these two instruments together, but it truly works. Even the frequencies of the instruments are well-balanced against each other.”

The psychedelic sound of BaBa ZuLa also feeds quite organically into dub. On “Eagle Got Wolf”, for instance, phrases and riffs echo and hang suspended in the air as the bass dives and swoops, while plucked notes appear, only to flicker away again. The band have learned from their work with Mad Professor, and it’s definitely no exaggeration when Ertel says “our dub influences are very strong.”

“We used a technique from 150 years ago, a photograph taken on a glass plate that had to be prepared with silver and albumen. Then we manipulated it digitally. The visual elements are an important part of who we are – the presentation, the pictures, everything.”

When the world is so volatile and evil can raise its head so easily, we need artists who won’t be cowed, who will be fearless and take chances. We need musicians who sing the truth.

“My father and my uncle were artists,” Ertel says. “I grew up watching and hearing them. I learned that the barriers between area of art can be broken. I think there’s a consciousness awakening, but it will take time to grow. We keep pushing.”

From the 19th century to the ‘60s through to today, art is a continuum and BaBa ZuLa understand that. ‘Derin Derin’ is its latest incarnation. It’s fearless music. It’s the truth. And there is hope.

Keywords:
BaBa ZuLaDerin DerinJazz Cafe
Your comment has been forwarded to the administrator for approval.×
Warning! Will constitute a criminal offense, illegal, threatening, offensive, insulting and swearing, derogatory, defamatory, vulgar, pornographic, indecent, personality rights, damaging or similar nature in the nature of all kinds of financial content, legal, criminal and administrative responsibility for the content of the sender member / members are belong.
Related News