Istanbul continues to be top tourist draw, attracting 57% of all visitors 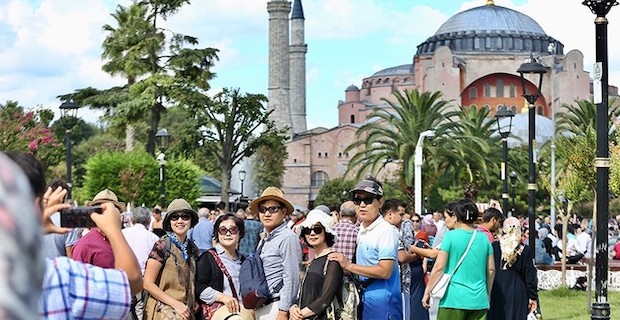 The number of foreigners visiting Turkey jumped 16.11% on a yearly basis in January, the country’s Culture and Tourism Ministry said on Monday. Almost 1.8 million foreign visitors entered the country last month, the ministry data showed.  Istanbul continued to be Turkey’s top tourist draw, attracting nearly 57% of all visitors -- around 1 million. Edirne, in northwestern Turkey, which borders both Bulgaria and Greece, saw the second-highest number of foreigners, with 222,494 in the month.

The Mediterranean resort city of Antalya followed them with 8.04% or over 143,679 foreign visitors last month.

Last year, more than 45 million foreigners entered the country, up from nearly 39.5 million in 2018. 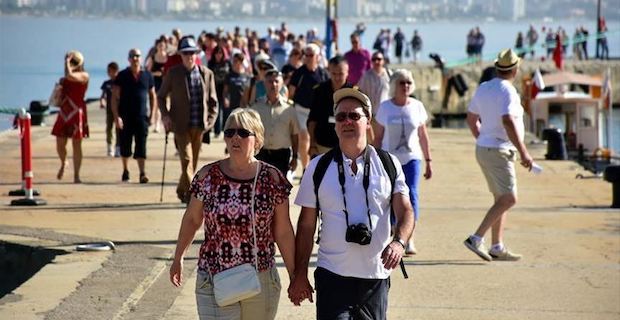 Keywords:
Foreign Visitors
Your comment has been forwarded to the administrator for approval.×
Warning! Will constitute a criminal offense, illegal, threatening, offensive, insulting and swearing, derogatory, defamatory, vulgar, pornographic, indecent, personality rights, damaging or similar nature in the nature of all kinds of financial content, legal, criminal and administrative responsibility for the content of the sender member / members are belong.
Related News