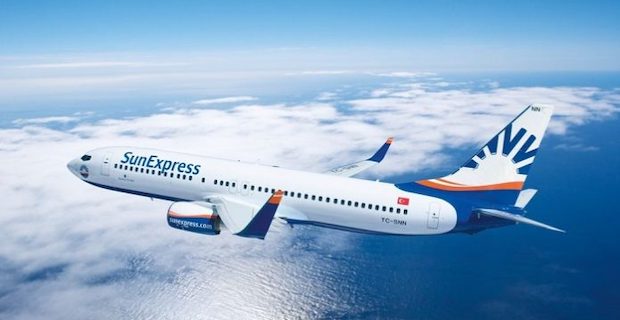 SunExpress, a joint venture of Turkish Airlines and Lufthansa, will begin freighter flights with 18 aircraft in its fleet while utilizing the passenger cabin to maximize the capacity for cargo. The venture expects to carry a maximum load of up to 21.7 tons on passenger seats and overhead bins, as well as under-aircraft cargo sections, according to a statement on Monday.  SunExpress, based in the coastal resort of Antalya, halted all domestic and international flights as part of the travel restrictions to fight against the COVID-19 outbreak.

Stating that the airline has only carried cargo in the cargo section of the aircraft so far, Deputy General Manager Ahmet Caliskan said the cargo-only flights will be operated for the first time in the company's history. "We completed the necessary work in a short time and will carry out our cargo flights initially from Izmir and Antalya," Caliskan noted.  He added that the company plans to operate freighter flights from other destinations based on incoming demand. According to Johns Hopkins University, the coronavirus has infected over 1.85 million worldwide and killed over 114,200, while nearly 434,800 have recovered. The virus emerged in the Chinese city of Wuhan in December and has since spread to at least 185 countries and regions restricting international travel.

Keywords:
SunExpressCoronavirusCargoCovid 19
Your comment has been forwarded to the administrator for approval.×
Warning! Will constitute a criminal offense, illegal, threatening, offensive, insulting and swearing, derogatory, defamatory, vulgar, pornographic, indecent, personality rights, damaging or similar nature in the nature of all kinds of financial content, legal, criminal and administrative responsibility for the content of the sender member / members are belong.
Related News