Sunat Atun, The TRNC will be energy player in the Mediterranean

Minister also stated that a new drilling platform may lead to the building of a pipeline in the region allowing the TRNC to become a key player in the regional energy scene in the Mediterranean. 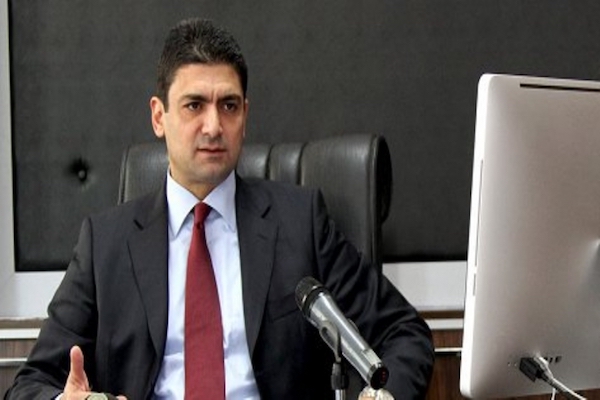 AvrupaLondon - Turkish Republic of the Northern Cyprus Economy and Energy Minister Sunat Atun has announced that samples obtained from oil and natural gas exploration in the Mediterranean indicate that there are substantial reserves of natural gas in the TRNC. The Minister also stated that a new drilling platform may lead to the building of a pipeline in the region allowing the TRNC to become a key player in the regional energy scene in the Mediterranean.

Speaking to a correspondent from the Anadolu Agency, Atun said that the TRNC has been pursuing oil and natural gas exploration activities in the Mediterranean since 2011, with seismic surveys being completed at the end of July of this year.

Mentioning that Turkish Petroleum sent a drilling vessel to the region, Atun said: "By the end of the year, drilling will begin in shallow seas and the process of obtaining and extracting gas in deeper seas will start in 2018.”

The Ministry of Economy and Energy has developed a roadmap on this issue, Atun stated, and added that: "There are three important points that we have adopted: Firstly, access to resources in our own exclusive economic zone and the commercial evaluation of these resources will be a primary economic benefit and is extremely important to our national income. Secondly, Turkey is a large energy importer – Cyprus’ natural resources will be able to supplement resources from the Republic of Turkey, reducing the amount Turkey will pay for energy imports in its own capacity. Thirdly, the drilling platform which we will set up in the region may lead to the building of a pipeline. Therefore, this will enable the TRNC to become an influencer in the regional energy sector."