The overwhelming majority of small businesses that applied for finance in the first six months of 2018 were successful, statistics show.   London leading accountancy firm Accounting Direct Plus ADPL explained 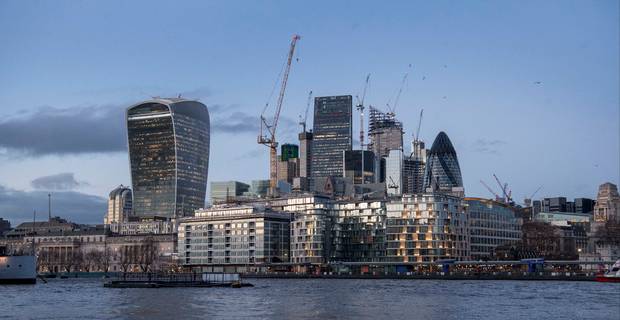 Most small businesses receive funding boost. The overwhelming majority of small businesses that applied for finance in the first six months of 2018 were successful, statistics show. Small businesses are woefully unprepared should the Government deliver a no-deal Brexit, according to a report.

Chancellor Philip Hammond has announced a package of new measures to reform the under-fire apprenticeship levy.
Under the revised rules, employers who pay the apprenticeship levy will be able to transfer a quarter of their funds to organisations in their supply chain, including smaller employers.

Small businesses are woefully unprepared should the Government deliver a no-deal Brexit, according to a report.The Federation of Small Businesses (FSB) surveyed 1,234 business owners, and found only 14% had contingency plans in place for the UK exiting the EU without arrangements having been agreed.The research revealed that 41% of UK SME owners fear the impacts of a no-deal Brexit, compared to one in 10 owners
who believe no deal will have a positive impact on their business.Almost half (48%) believed a no-deal Brexit will have a negative impact on their ability to do business after the UK is scheduled to leave the EU on 29 March 2019. This igure increased sharply to 66% for small businesses that trade with the EU, and to 61% for those UK SMEs with members of staff from the EU.

“Our small firms are not prepared or ready for a no-deal Brexit and the impact it will have on their businesses.

“The prospect of a no-deal Brexit is seeing many small irms shelving business decisions, pausing investment and more drastically, thinking about cutting staff.

“It’s understandable that some small businesses haven’t started preparing as they aren’t actually aware of what they are planning for.”

ADPL is one of the leading accountancy firms in the country. Over the course of 20 years, we have collated an unrivalled knowledge, unparalleled attention to detail and unmatched service for our clients. We're determined to maintain our proud reputation of reliability & efficiency. Your business & finances deserves someone that values its integrity as much as you do. Join our vast London support network and find out how our team can immediately transform the way you do business.

Keywords:
Budget 2018Small BusinessesFinanceFinance 2018
Your comment has been forwarded to the administrator for approval.×
Warning! Will constitute a criminal offense, illegal, threatening, offensive, insulting and swearing, derogatory, defamatory, vulgar, pornographic, indecent, personality rights, damaging or similar nature in the nature of all kinds of financial content, legal, criminal and administrative responsibility for the content of the sender member / members are belong.
Related News