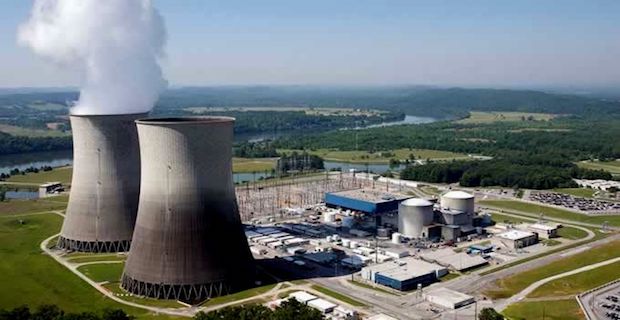 Russia is expanding its nuclear power plant projects abroad, according to Russian news agency TASS on Wednesday.The country is eyeing new projects in Bulgaria, Saudi Arabia and Bolivia.Russian state-run nuclear energy company RosAtom -- established in 2007 -- on its website said it is engaged in 44 projects worldwide, which will amount to $133 billion.TASS said both Russian President Vladimir Putin and his Bolivian counterpart Evo Morales confirmed they are interested in boosting defense cooperation.

Russia's investments in the 200 kilowatt hour project in this South American country is expected to amount to at least $300 million.

Nuclear Research and Technology Center's first facilities in Bolivia is scheduled to become operational in 2019, according to Russian nuclear energy firm RosAtom.

RosAtom will build this power plant in Novoi region.

Also, Russia is scheduled to build two 1,200 megawatts of electrical units in Rooppur, Bangladesh, which is on the eastern bank of the river Ganges.

The first unit will be commissioned in 2023 and the second one will be put into service in 2024.

The Russian company will also build Turkey's Akkuyu NPP (Nuclear Power Plant) that has four units, with a total capacity of 4,800 megawatts, in Mersin province.

Keywords:
RussiaNuclear PlantTASS
Your comment has been forwarded to the administrator for approval.×
Warning! Will constitute a criminal offense, illegal, threatening, offensive, insulting and swearing, derogatory, defamatory, vulgar, pornographic, indecent, personality rights, damaging or similar nature in the nature of all kinds of financial content, legal, criminal and administrative responsibility for the content of the sender member / members are belong.
Related News